Here is a rundown of any products I have in stock at any given time.  Given the demands of my day job I do not accept orders ahead of time, I just sell what I’ve built.  This also works better with the more experimental nature of what I do as we are always coming up with new designs and/or changing older ones. Feel free to contact me at spritzer@mjolnir-audio.com if you are interested in any item here.  I will reply to every mail so if you haven’t received a reply within 24 hours then feel free to send me another email.  Email gets lost all the time, it is flagged as spam or something like that.  All prices in US dollars (USD).

The top of the line Carbon CC.  I’ve finished the first batch of new CC’s and they sold out on the spot but I’m working on more.  This latest batch follows the same formula as my previous CC builds, I takes the Carbon amplifier channels but then everything is upgraded.  Higer spec power supply, 99.99% pure silver signal wiring, upgraded TKD volume pot, higher grade resistors for the amplifier channels and finally, new custom made PEEK output sockets.

I’ve assembled a few CC’s so they are in stock now.  .

Also available is a handful of units with the Alps RK50 volume control.  These are limited in number as I simply plan to use up my stock of those attenuator.  In every other way the amps are identical.

This is the first electrostatic amp in the world to use SiC FET output devices which are as close to triodes as transistors can get.  The original design concept for this amp was born to tame the rough top end of the SR-009 but it grew from there to become the best solid state amplifier we have designed. Right up there with the BHSE and the T2 as the best amps of their kind with all the power you could ever need.  It has a lot of detail, huge and expansive sound stage and the best bass I’ve heard from an electrostatic amp.

With this new batch, the internals of the amp remain the same except all the Carbon’s now have a custom made TKD volume control.  The front and back panels are now also different with a shiny, black electroplated finish plus some slight changes to the design. 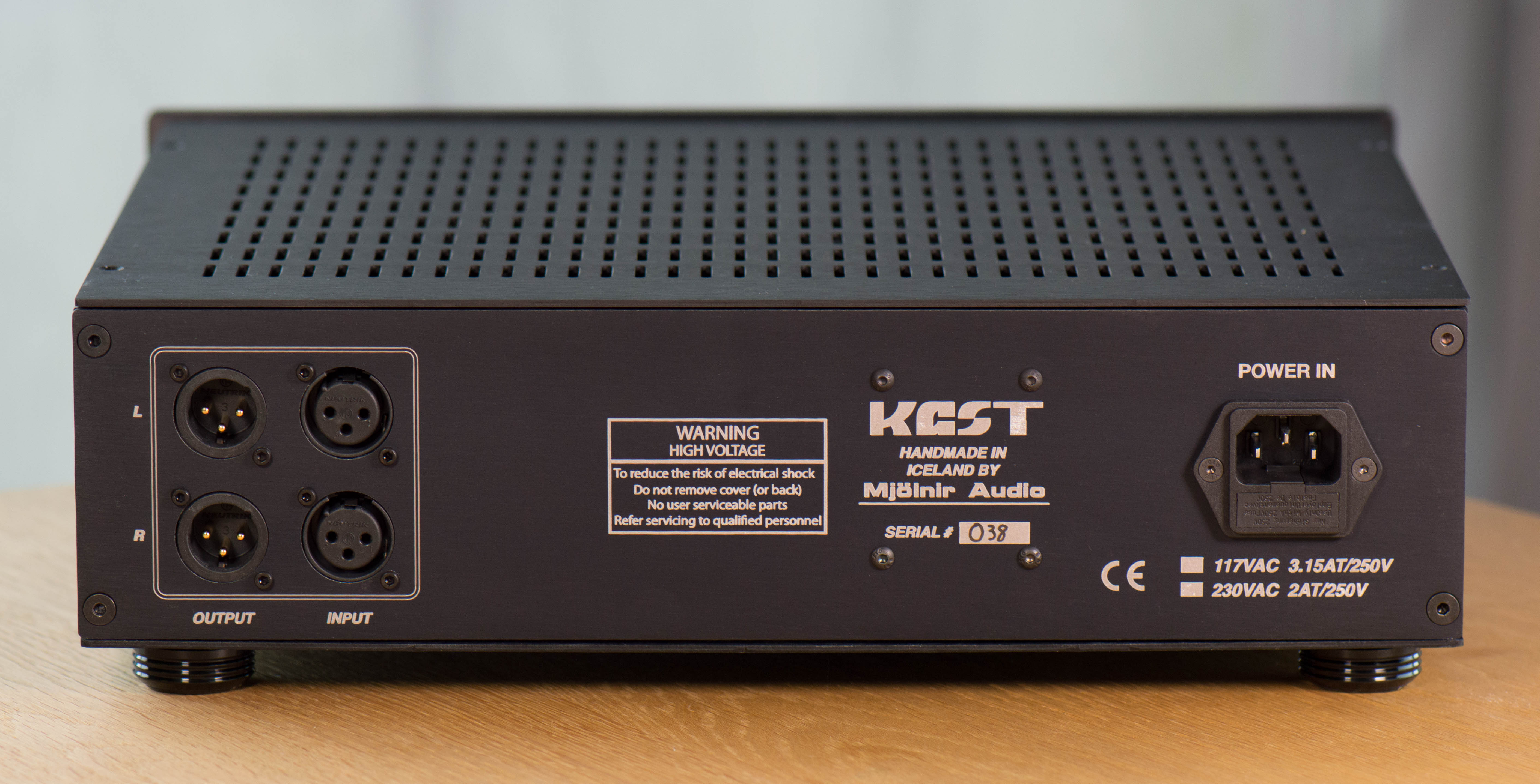 Now the KGST is finally available again.  This amplifier has been called the mini BHSE and it is a fitting name.  This is a hybrid amplifier and the circuit is similar to the BHSE in many ways.  The power supply is similar and so are the first two amplifying stages.  The main difference is with the tubes used and how they are used.  The KGST uses the tube in a more traditional nature but with the same constant current source as the BHSE.  The tubes used are the 6S4A and they handle the output directly with no extra stages needed.  There are no external heatsinks and the tubes are fully enclosed in the chassis.

Sound wise they are very similar but the KGST is warmer and more forgiving making it a better match to the SR-009.  Like the BHSE it runs very warm so it needs a lot of air to breath.  Similar to the KGSSHV this one has a servo which monitors and corrects the output so warmup is less of an issue.

After many years of not changing the KGST at all, I finally altered the chassis layout a bit so it better matches my other amps.  Small updates to the boards and circuit as well but nothing major. 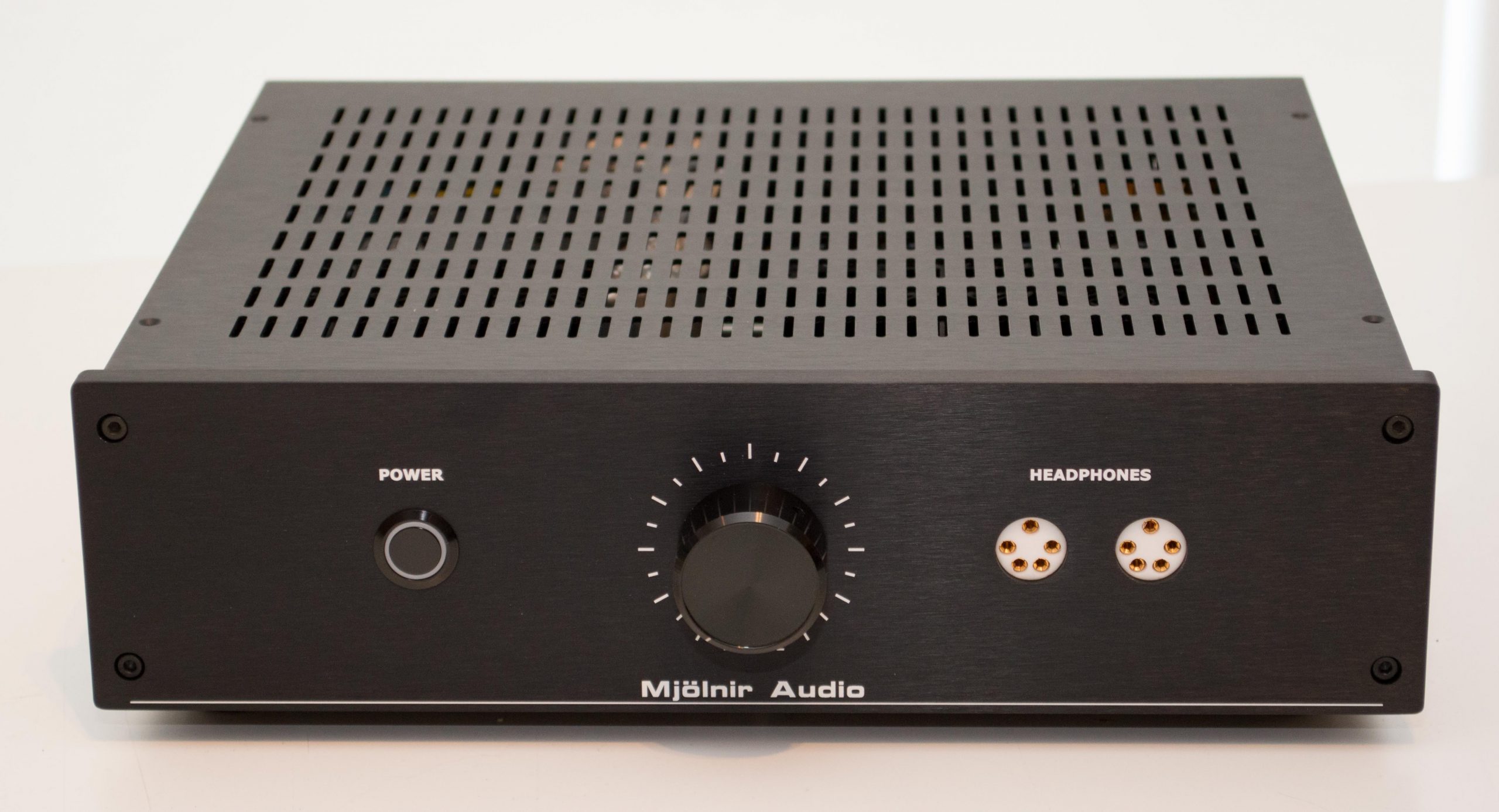 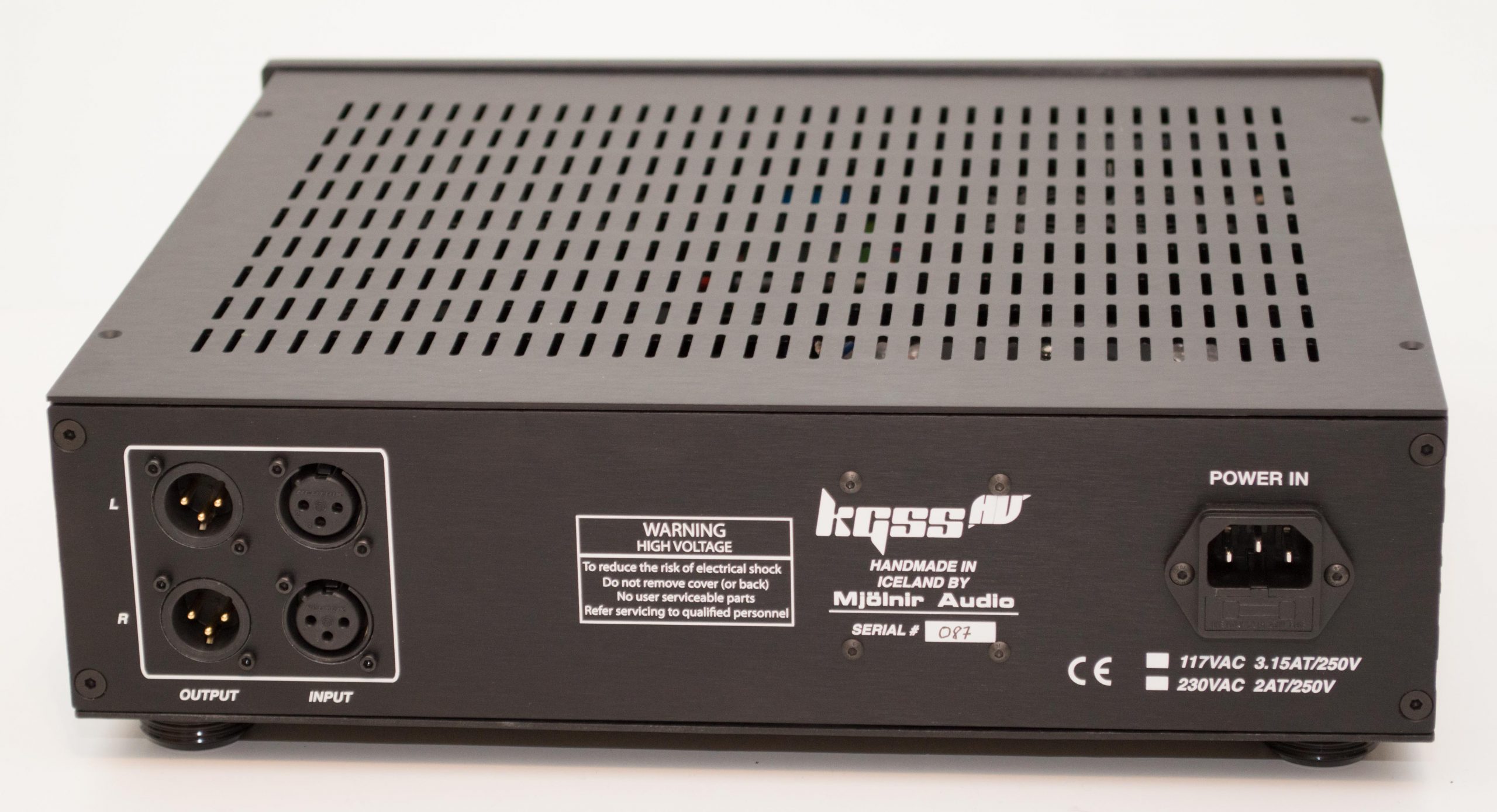 Finally ready is the new version of the KGSSHV.  It’s really the first major change to the circuit in over a decade as I wanted to tie together the old KGSSHV performance with the warmer and more forgiving sound of the KGSS Klassik.  All of the transistors have been changed in this version plus a number of other changes and all the heatsinks are now onboard to make it more similar to the KGST in looks.  I did add the second output socket as it might help some users who want to use two sets at the same time.

The KGSSHV has been going strong for over a decade now and is the best solid state amp we’ve ever designed outside of the Carbon, which was heavily based on the KGSSHV.  This one is warmer and more forgiving than the original design which suits the modern Stax models better as they are on the bright side. 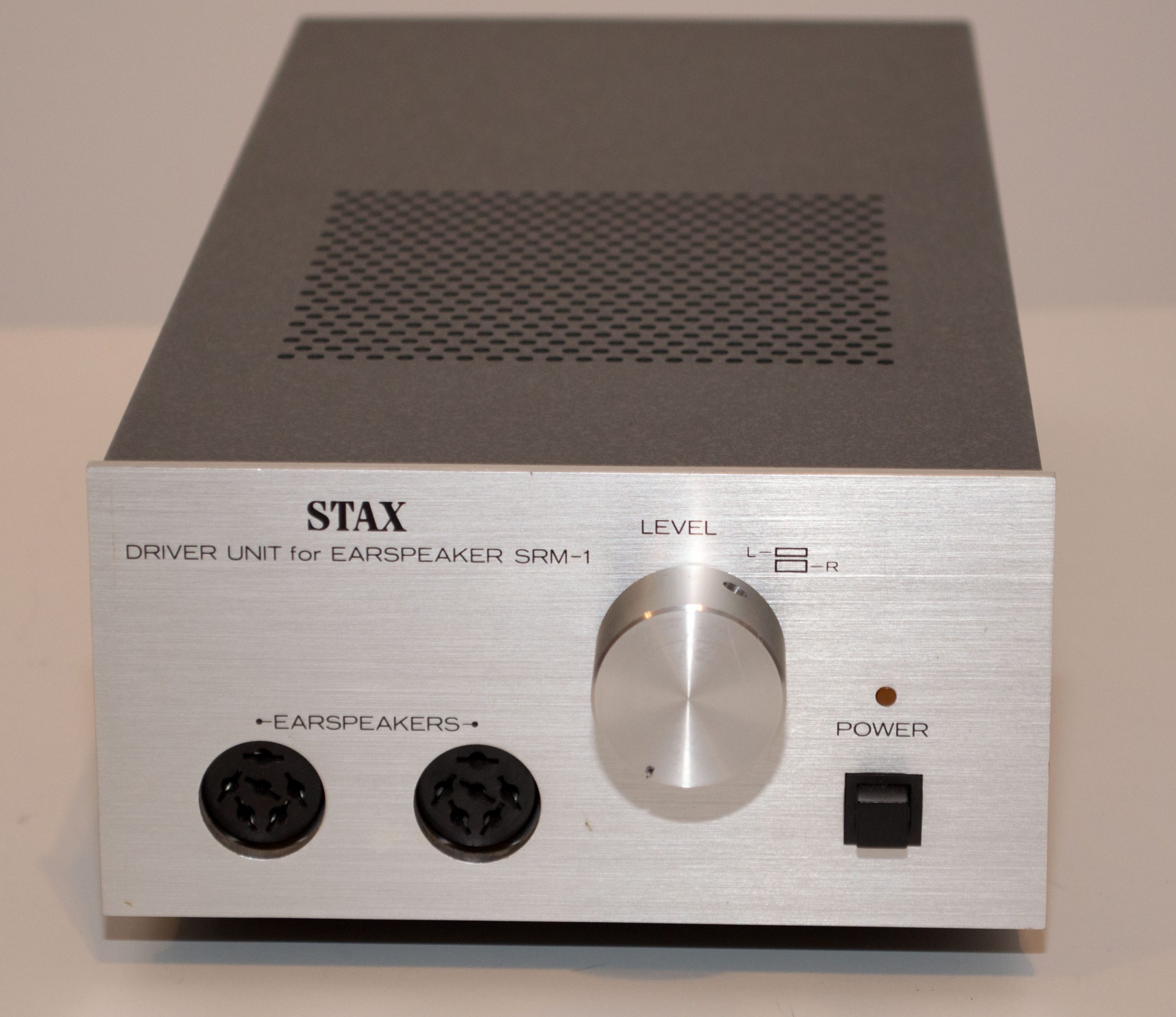 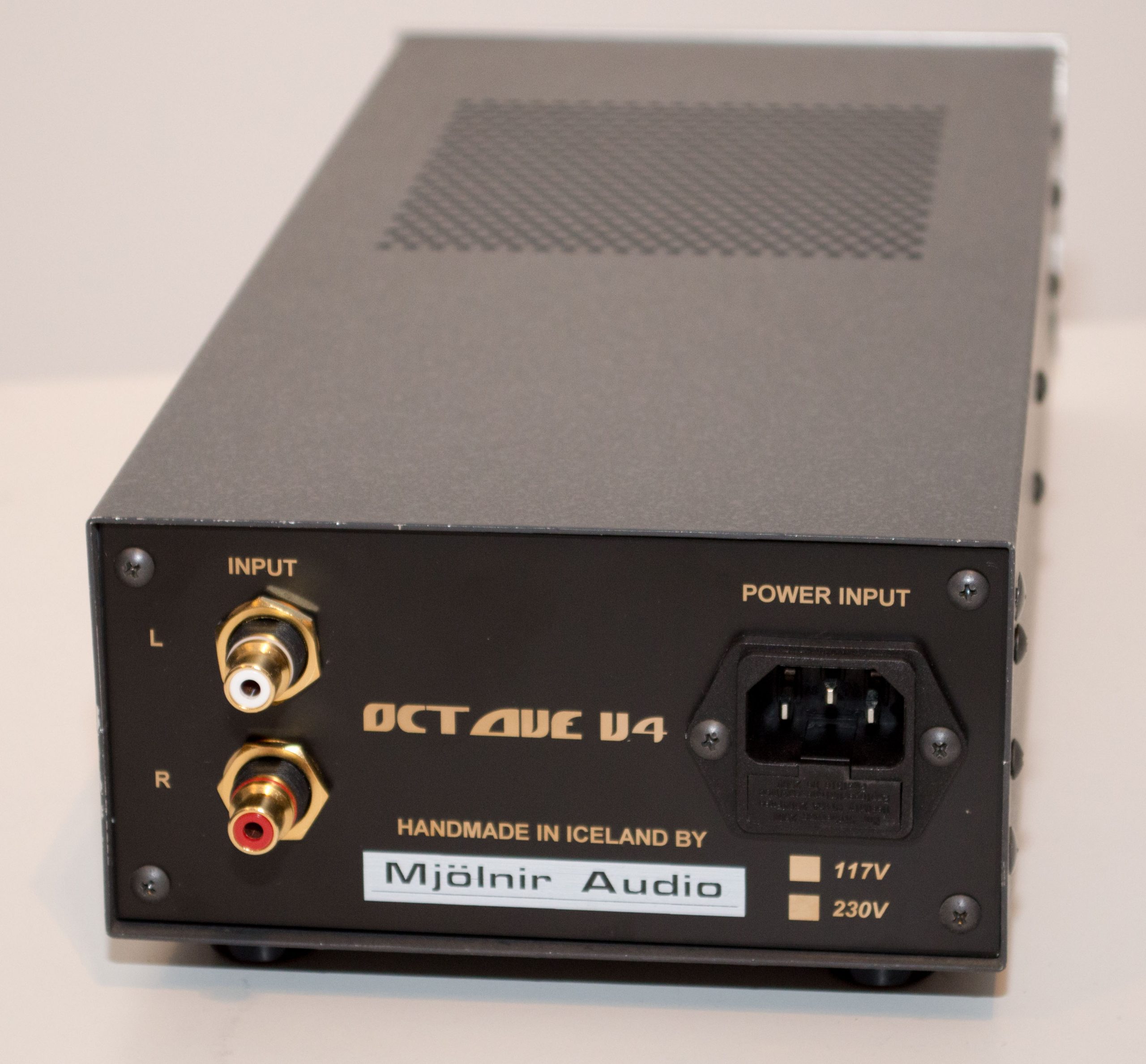 Now here is something fun, I’ve had a few of these original SRM-1 amps collect here over the years but nothing much I could do with them.  The transformers were all 100V only, the amplifier circuit was not that great and it was filled with obsolete parts which have no substitutes.  I’ve been working on the next batch of the Octave so why not marry the two, use the SRM-1 chassis but replace all of the internals.  So this is the new Octave V4 but it uses the SRM-1 chassis, the original Stax sockets and the power switch, everything else is new.  The Octave has always been my answer to the Stax SRM-353X and the new 400S, similar power envelope but more neutral sounding and has more power to the headphones.  Same R-core transformer as the Octave V2/V3 but the circuit has numerous changes.

The amp has an internal voltage selector switch so it can be set to either 115V or 230V.  I have a few of these and normally they are setup with two Pro bias outputs but I could change one of those to normal bias. 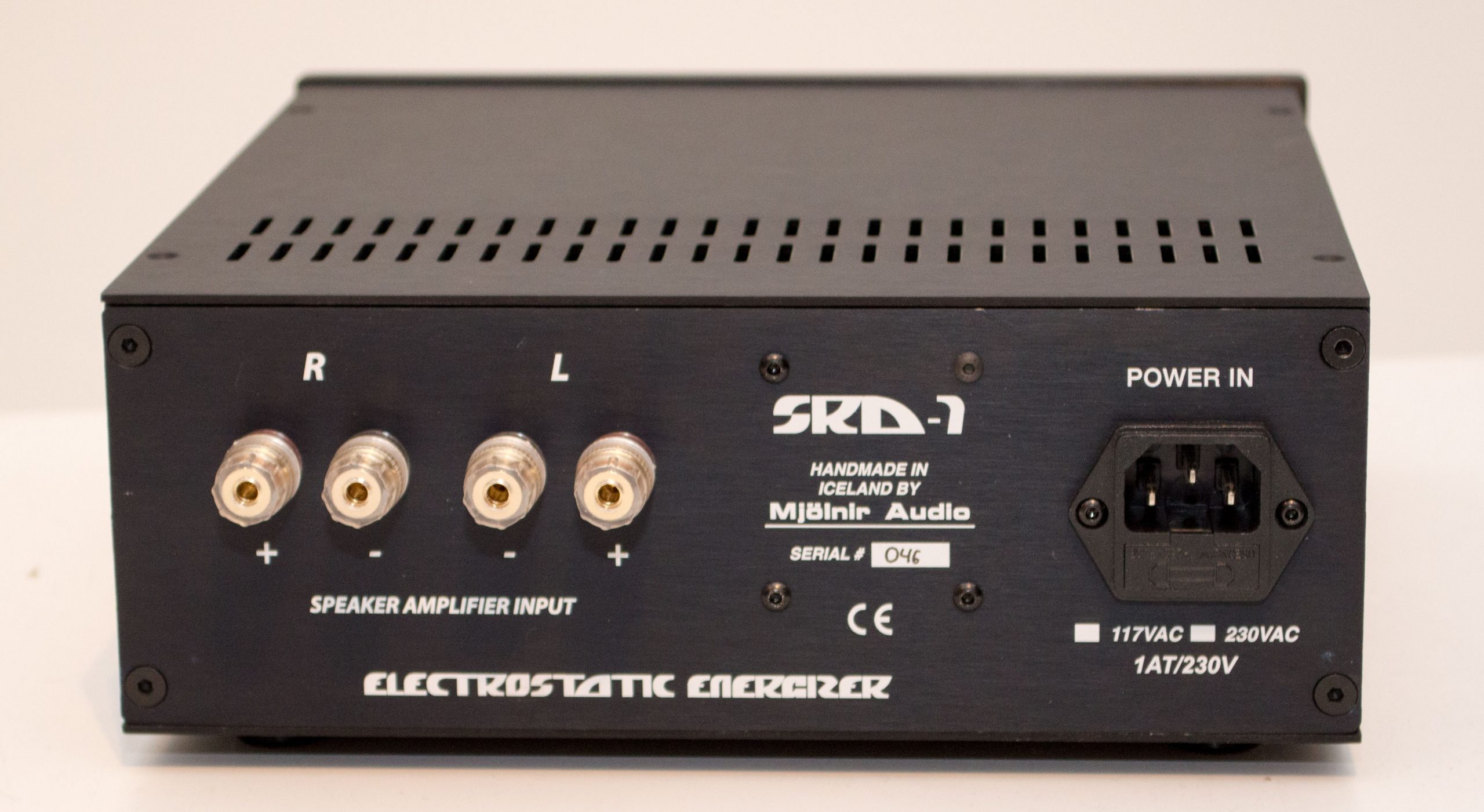 People have been asking for years to do some transformer boxes (or energizers) to drive electrostatic headphones and here they are with a brand new version.  Over the years I’ve accumulated a large number of Stax transformer boxes, some of which I have converted to pro bias but most have been scrapped. The only things I saved were the transformers and the Stax sockets. So what I did here is to put the excellent transformers into a much better enclosure with my own bias supply to maximize their potential. On top of that the input to the transformers is protected from overload and the output has a clamp circuit so it can never damage the headphones connected to it. This is a fully passive circuit which only kicks in if the transformer peaks at roughly 550Vpp, 1100Vppss.  Any higher than that and you run the risk of damaging Pro bias headphones.

There is nothing here in the signal path except the transformers and the input protection circuitry. The left and right channels are also isolated so no issues with using bridged amps. A common ground will turn them into smoke right quick so I would never set it up like that.  The boxes can be set for either 117V or 230V with an internal switch.

The latest version now has a new chassis design to be more inline with my other amps, R-core power transformer and numerous other improvements.