Time to split up the special’s page into two so one for headphones and another one for electronics.  Here I’ll list what my more unusual amplifier projects, used amplifiers that I’ve refurbished/rebuilt plus any other piece I’m selling.  Feel free to contact me at spritzer@mjolnir-audio.com if you are interested in any item here.  I will reply to every mail so if you haven’t received a reply within 24 hours then feel free to send me another email.  Email gets lost all the time or is flagged as spam.  All prices in US dollars (USD). 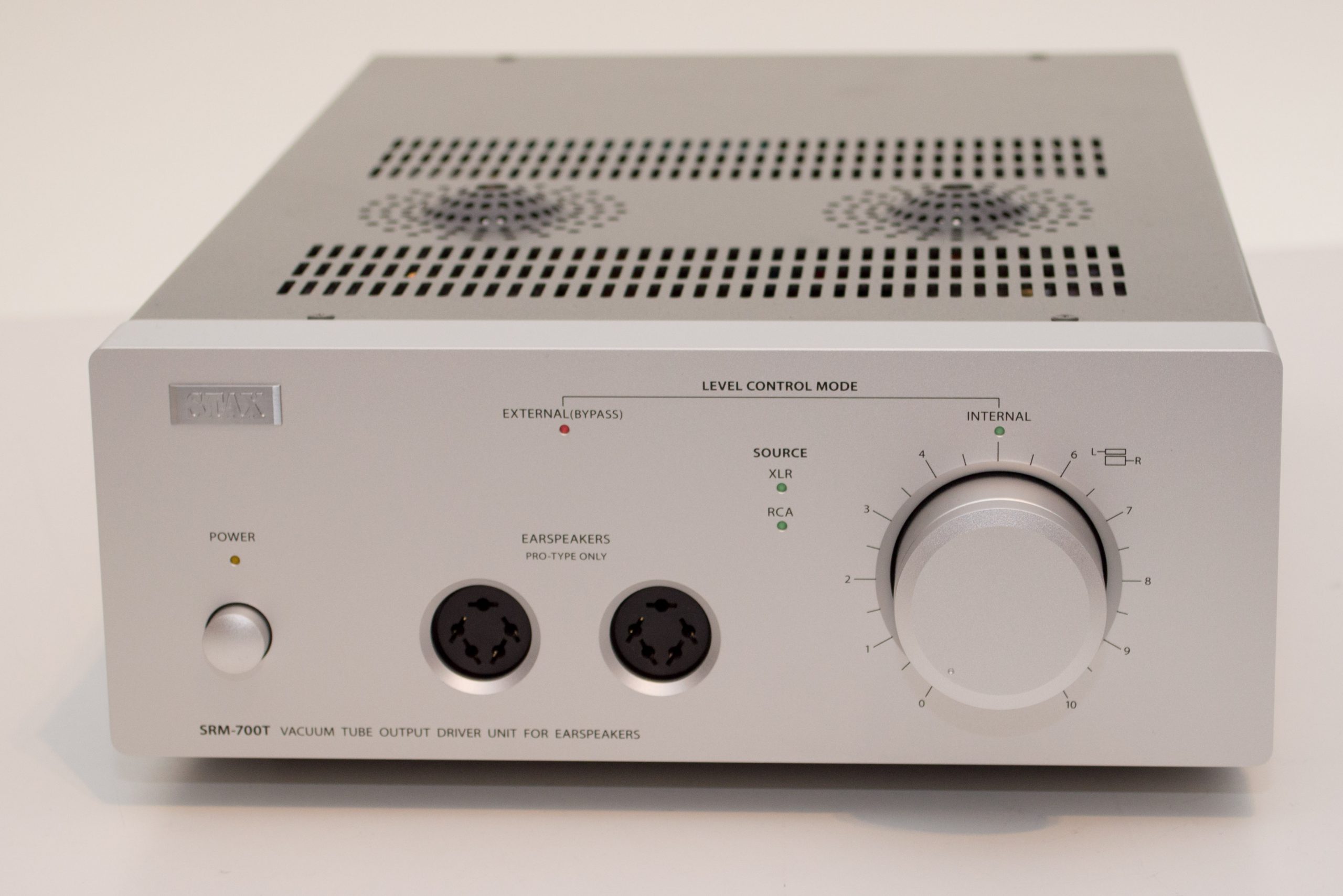 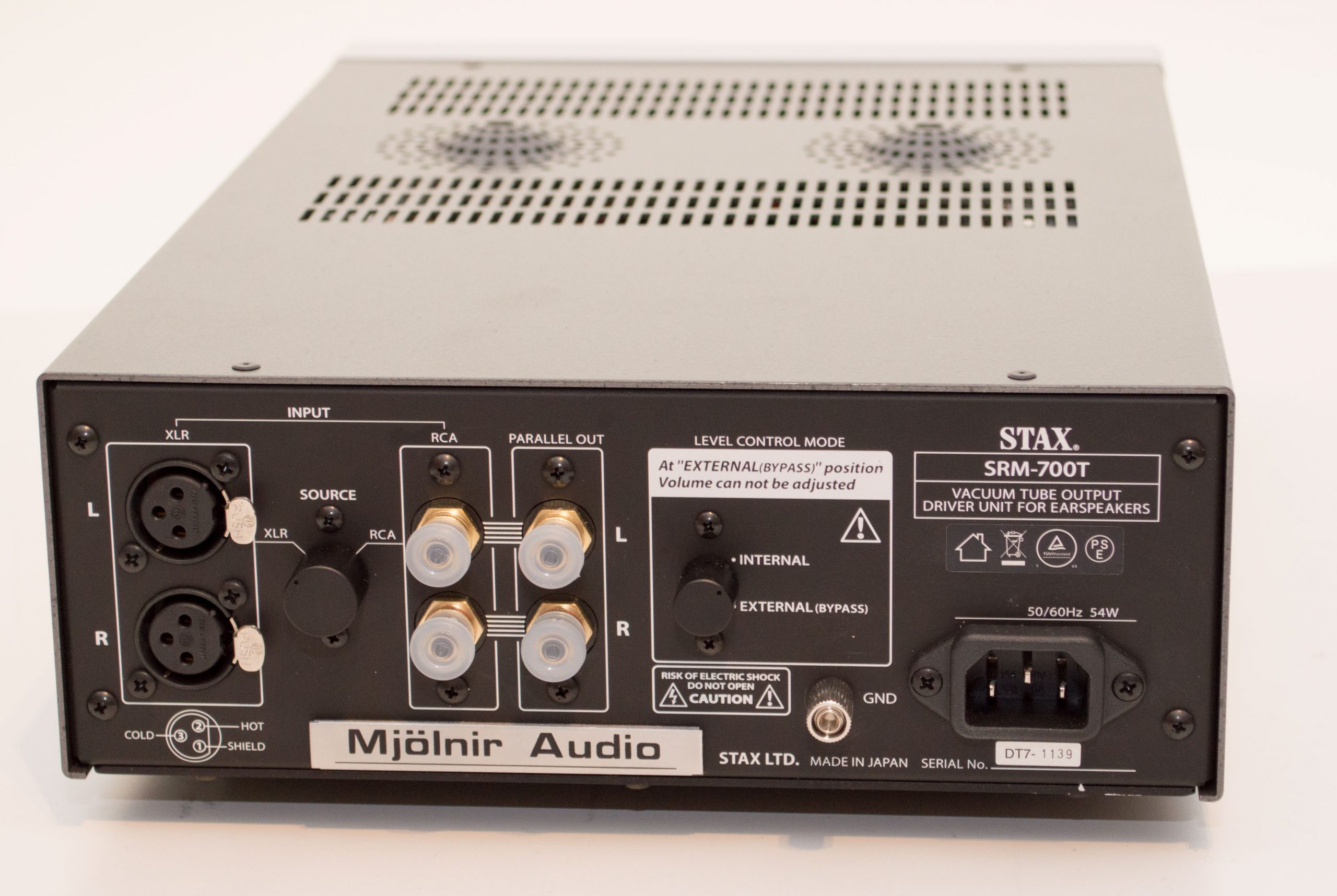 Here is the new Stax SRM-700t amp which I just had to get since I do so much work on these Stax tube units.  Turns out this amp uses the exact same circuit as the SRM-T1/006t/007t amps and it sounds pretty bad in stock form.  Thin and lifeless as is the norm with the stock Stax amps but I fitted this one with a constant current source and it completely transforms its performance.  Now it sounds alive and quite powerful, a huge step up from the stock unit.  This unit came from Japan and is pretty much new in every way.  Comes with the original box and can be set to any voltage prior to ship it out. 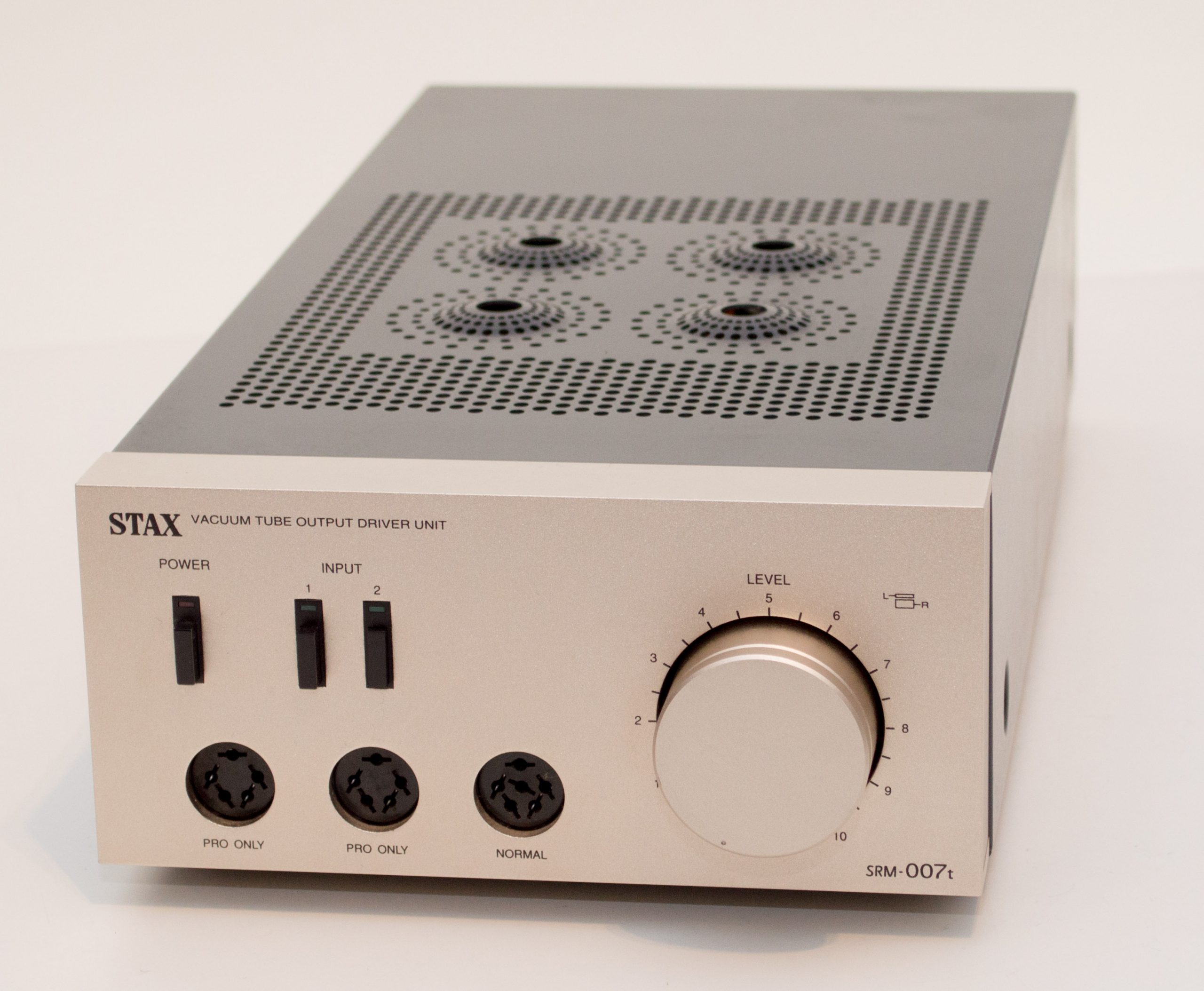 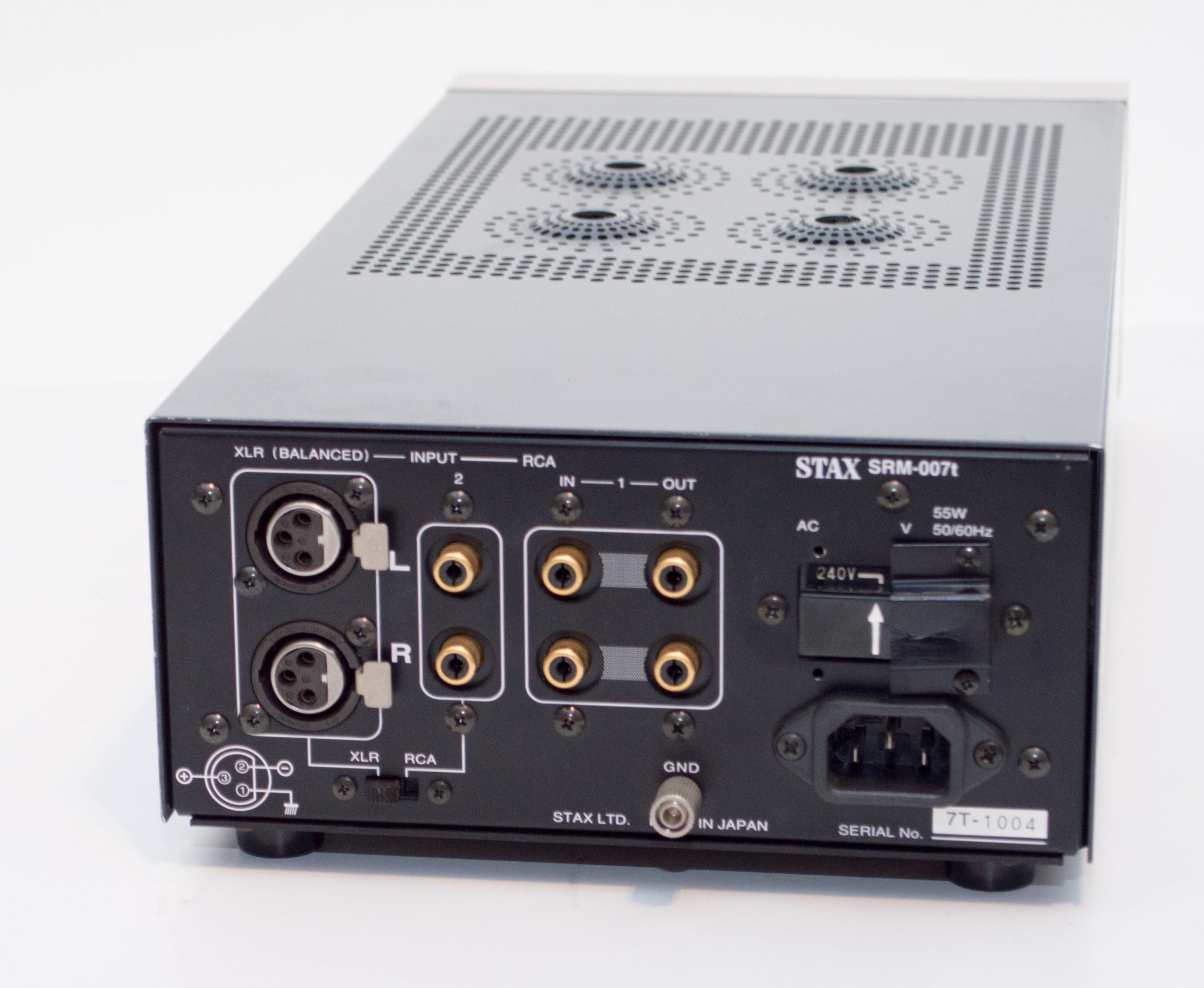 This is a bit of unicorn, SRM-007t nr.4 in the world.  It is in very good condition so I just had to have it have look through it to see if anything had changed on the later units.  Turns out they god this right the first time so I replaced all the wear items and did my uses 007t mods, fitted a CCS and swapped the tubes out for 6S4A’s which makes this a mini KGST now.  Cracking little amp and it can be easily set to any voltage due to the voltage selector on the back 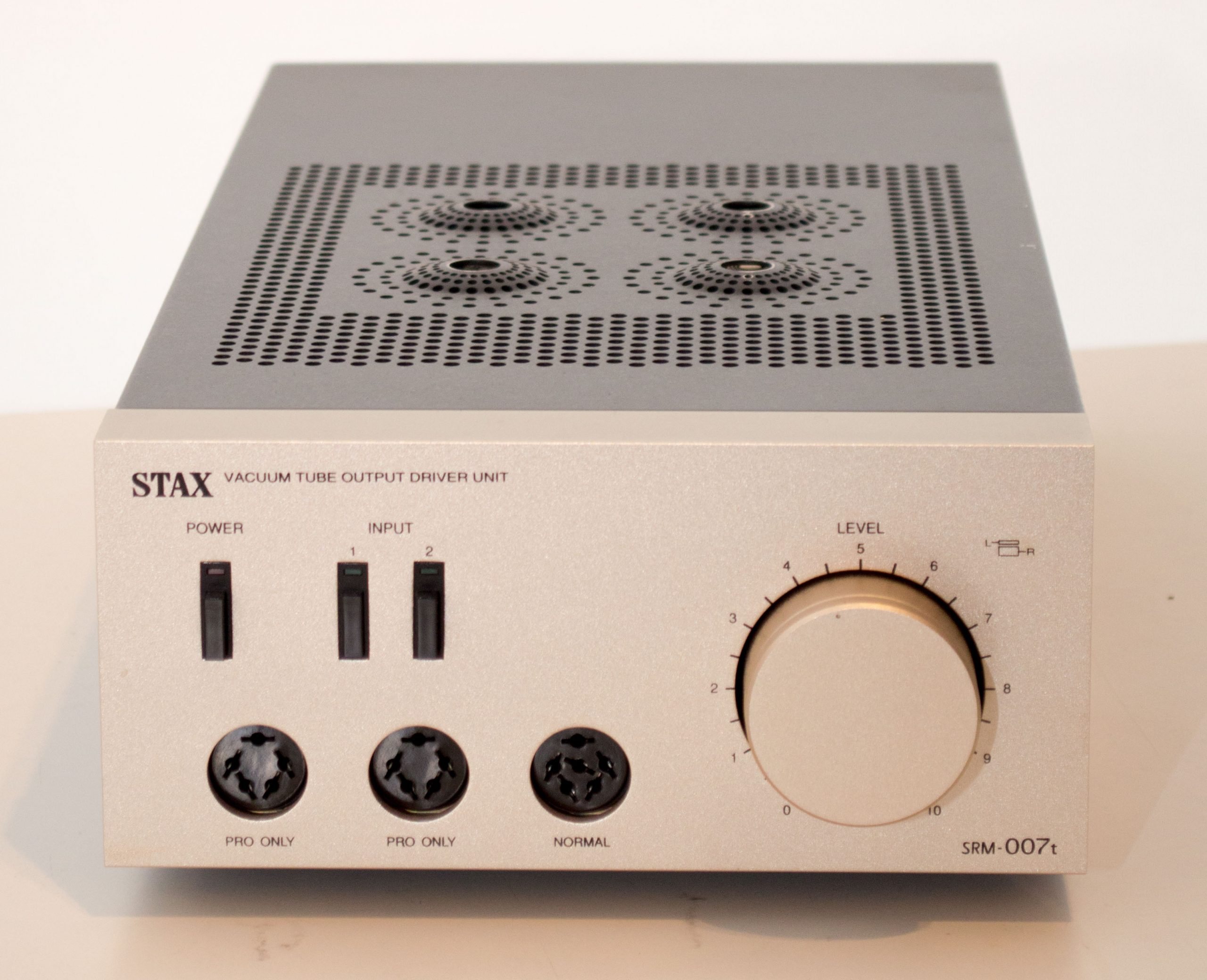 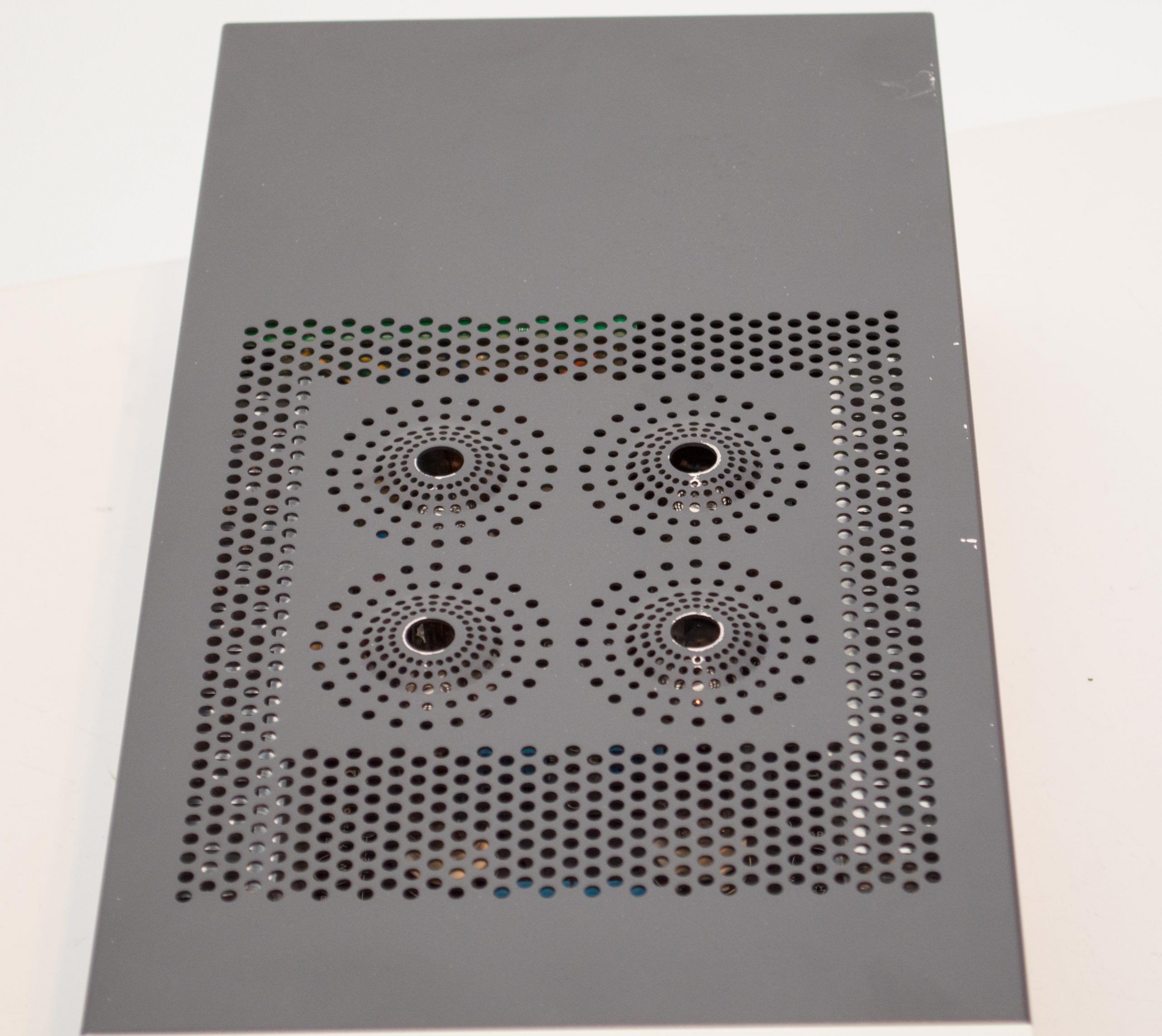 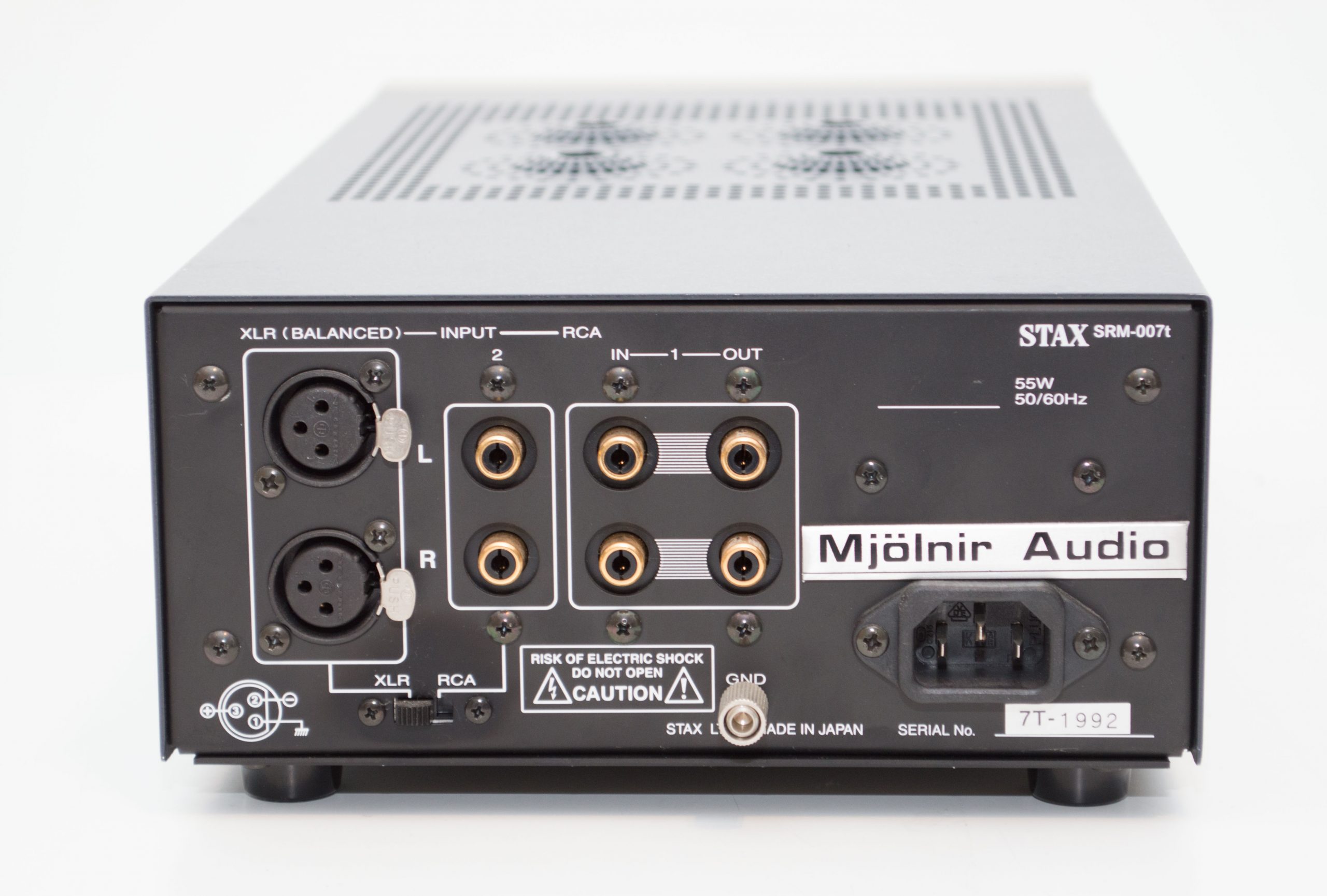 This is a an older 007t that has been fully refurbished, fitted with a CCS and the tubes changed to 6S4A’s which makes this a baby KGST.  Some light marks around the tubes on top but otherwise in very nice condition.  The amp can be set to any voltage before shipping it out. 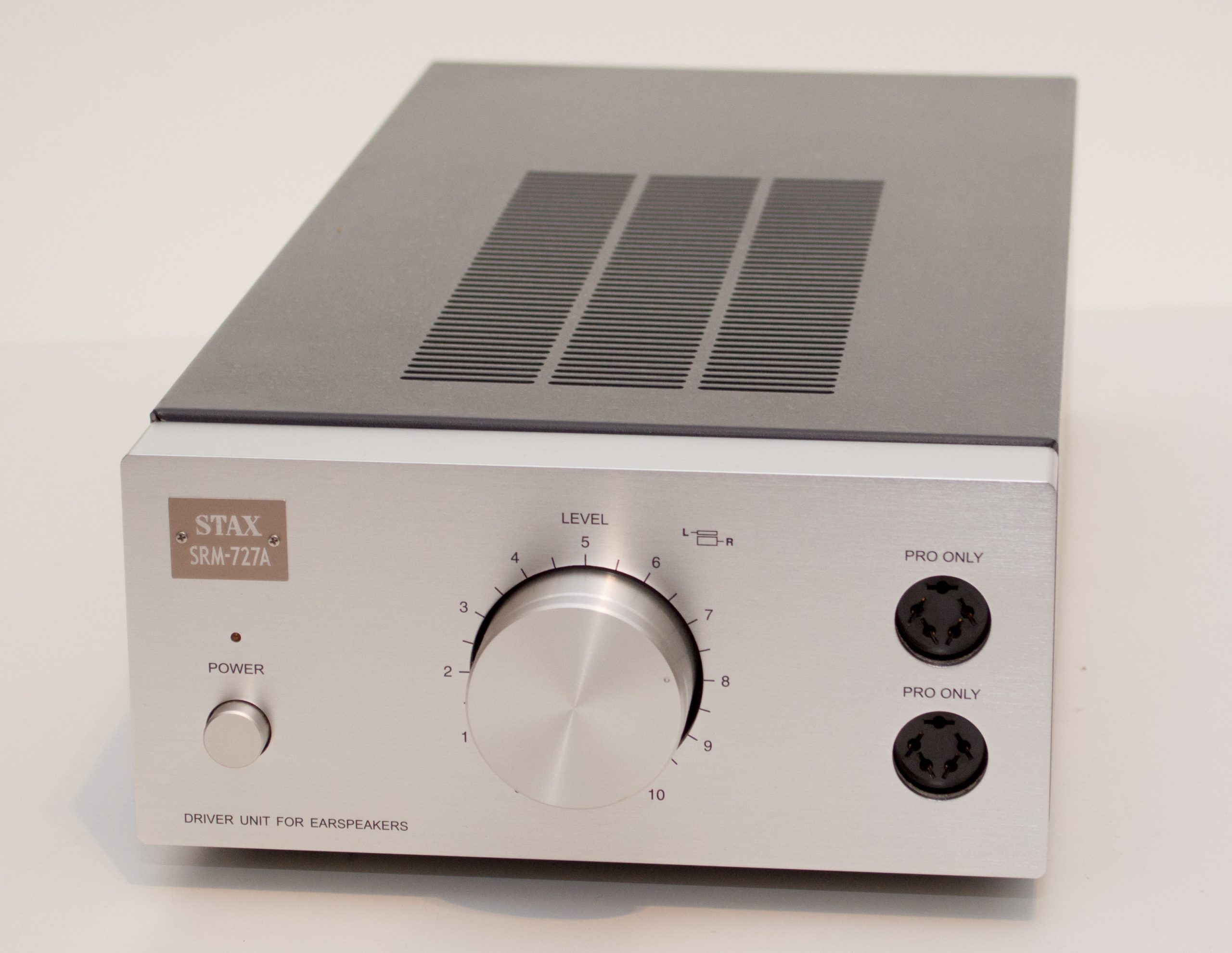 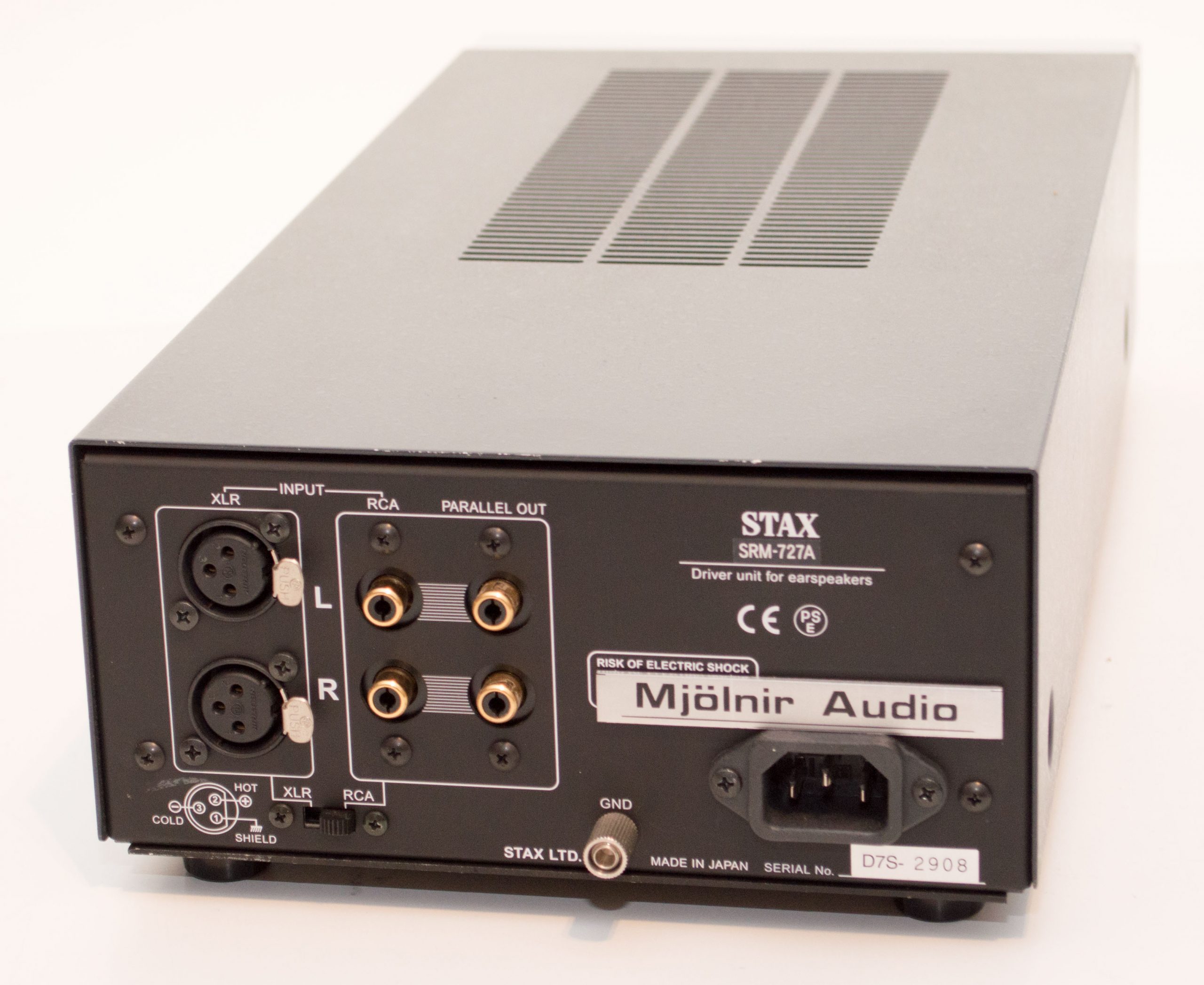 To compliment my modded SRM-007t amps, here is the fully modded SRM-727.  This goes considerably further than just the feedback mod Kevin and I developed back in the day and it aims to bring the amp much closer to the KGSSHV design.  The whole amp circuit is simplified, a bunch of stuff is removed and altered to do just that, the third stage is greatly boosted in terms of power and same goes for the final stage of the amp.  The end result really transforms the amp, gone is the overly warm and muddy sound and it now is much cleaner sounding than the stock or even feedback modded units.

These can be set to any voltage before shipping them out and the plan is to keep the modded 727 in stock (assuming I can find donor units to modify) as it makes for such a great amp for the price.  Plus they have an internal switch which defeats the volume control so these can be used as power amps and fed by a preamp.

The following amps are all used Stax units which are based on the same circuit and have received similar modifications.  The main essence is how the tubes are being driven, the stock Stax amps use (to this day) resistors to drive the output tubes but what I do is remove those and fit a solid state constant current source (CCS).  What this does is almost eliminate the loss you get with the resistors so more power and more voltage swing which completely changes the amps performance. 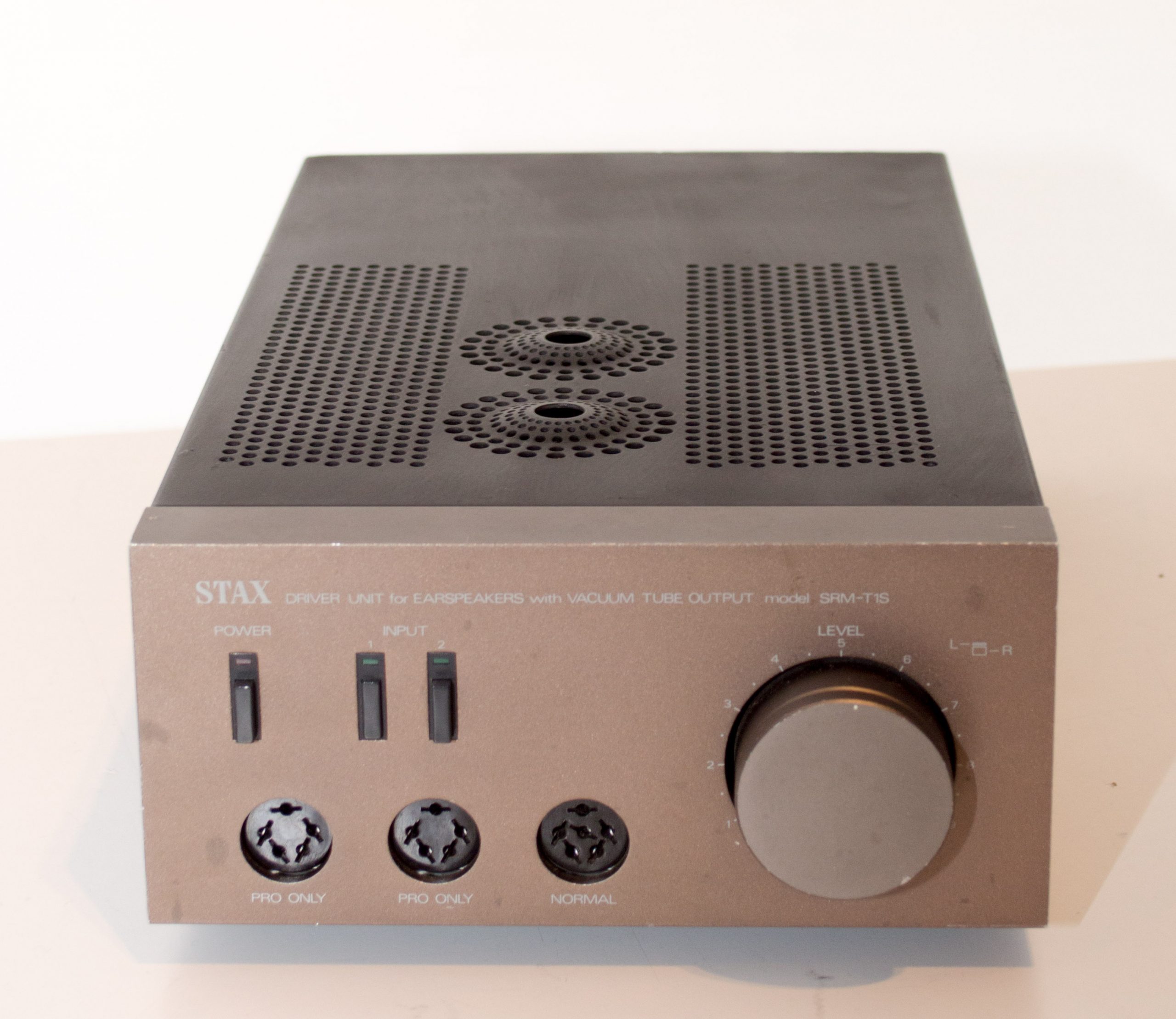 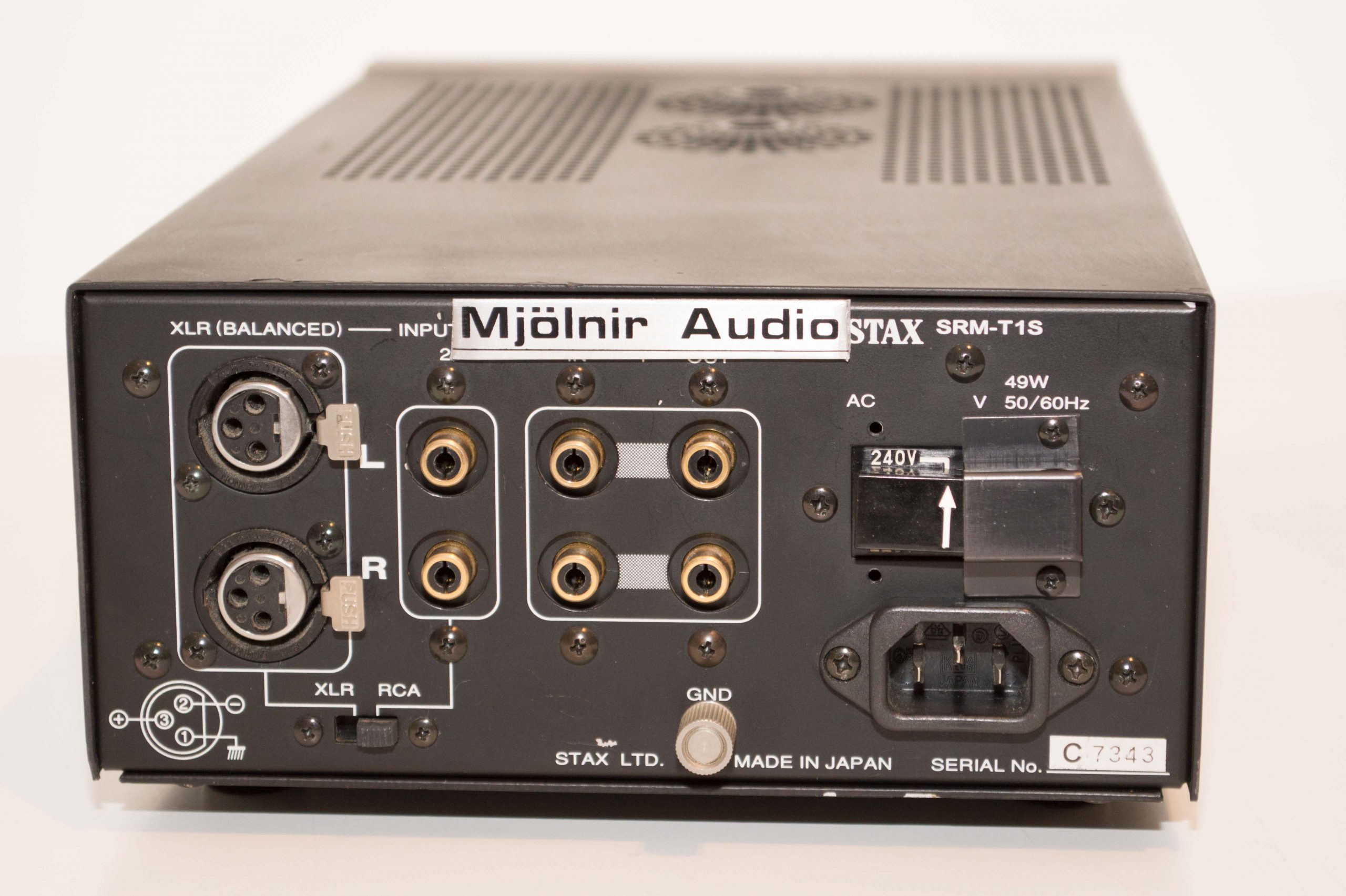 First up is a SRM-T1S, and a late one at that since it has the external voltage selector.  They were only used by Stax for a short while after the company was restarted in the 90’s.  This unit was in rather rough shape when I got it so I cleaned it up, gave the cover a new coat of paint (not perfect but the silver doesn’t shine through), then all the capacitors were changed, the output protection installed and a CCS fitted.  A nice amp which works well even with the 009’s. Can be set to any voltage with the selector on the back. 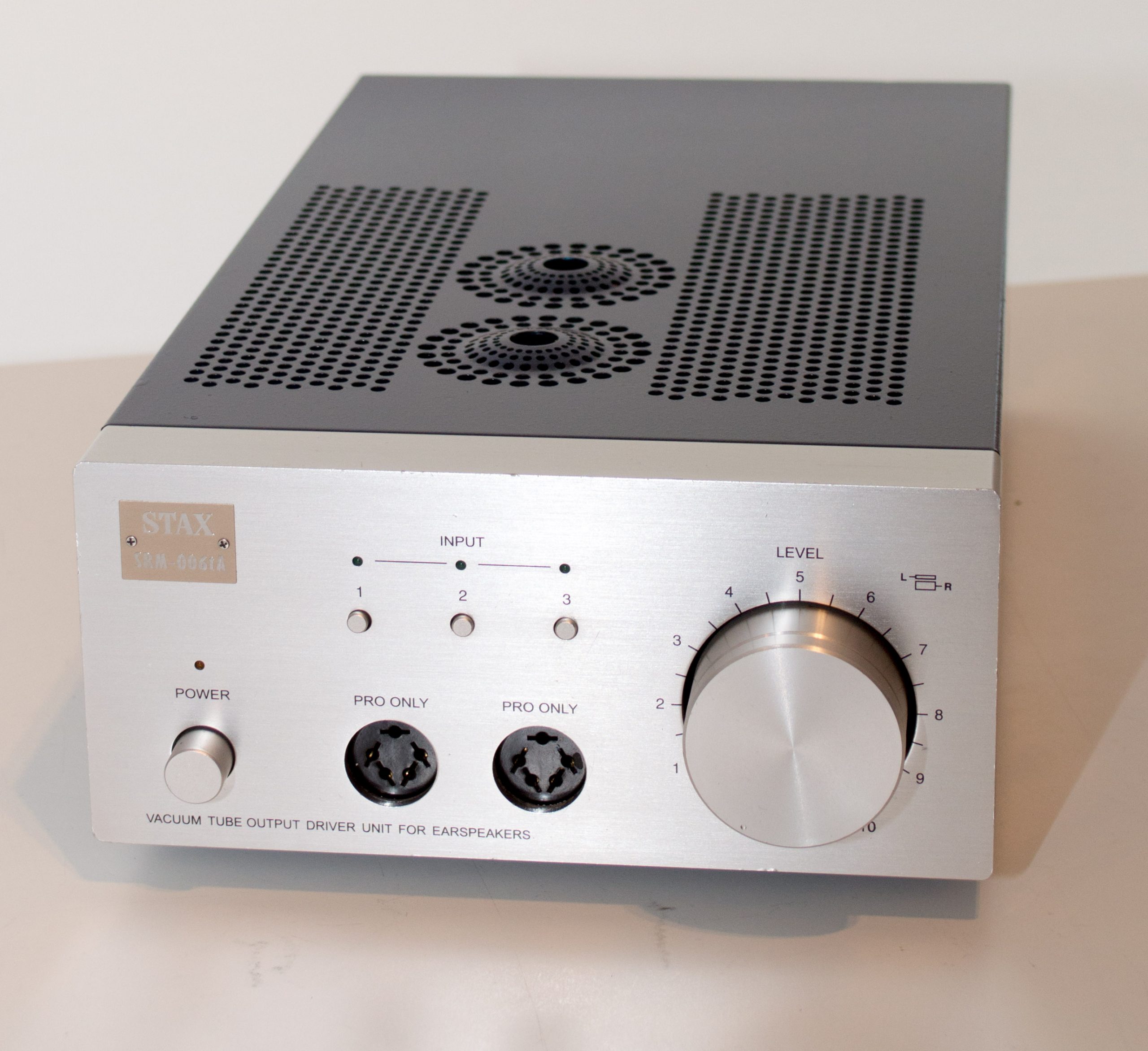 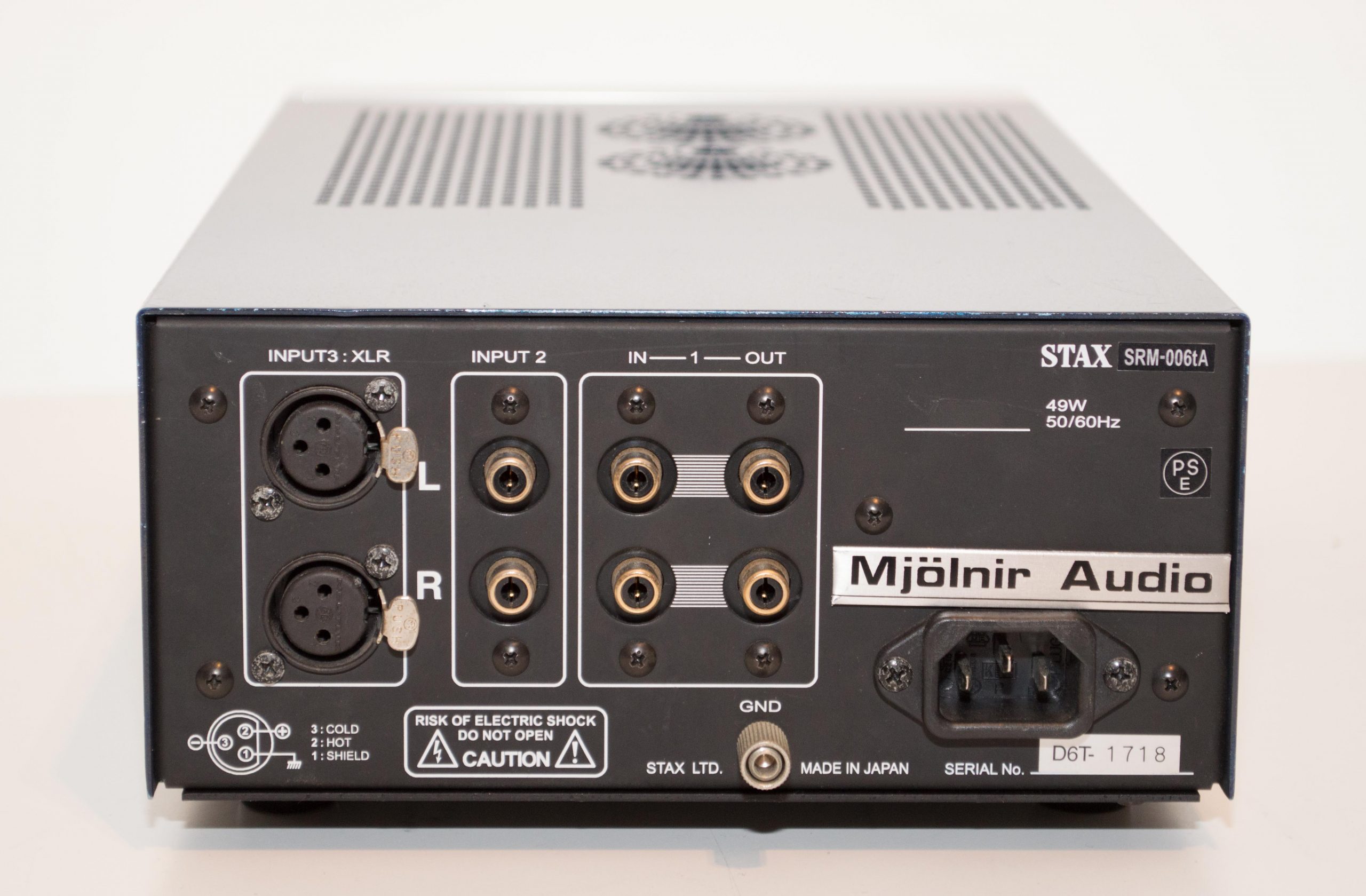 This is a 006tA which has received all the usual mods, CCS, new caps and all that plus I repainted the cover on this one as it was flaking badly when I got it.   It is a bit more vibrant blue that stock but I think it looks nice.  There are some marks on the front panel as well but it’s silver so they are not really noticeable more than 1m away.  This amp can be set to any voltage too. 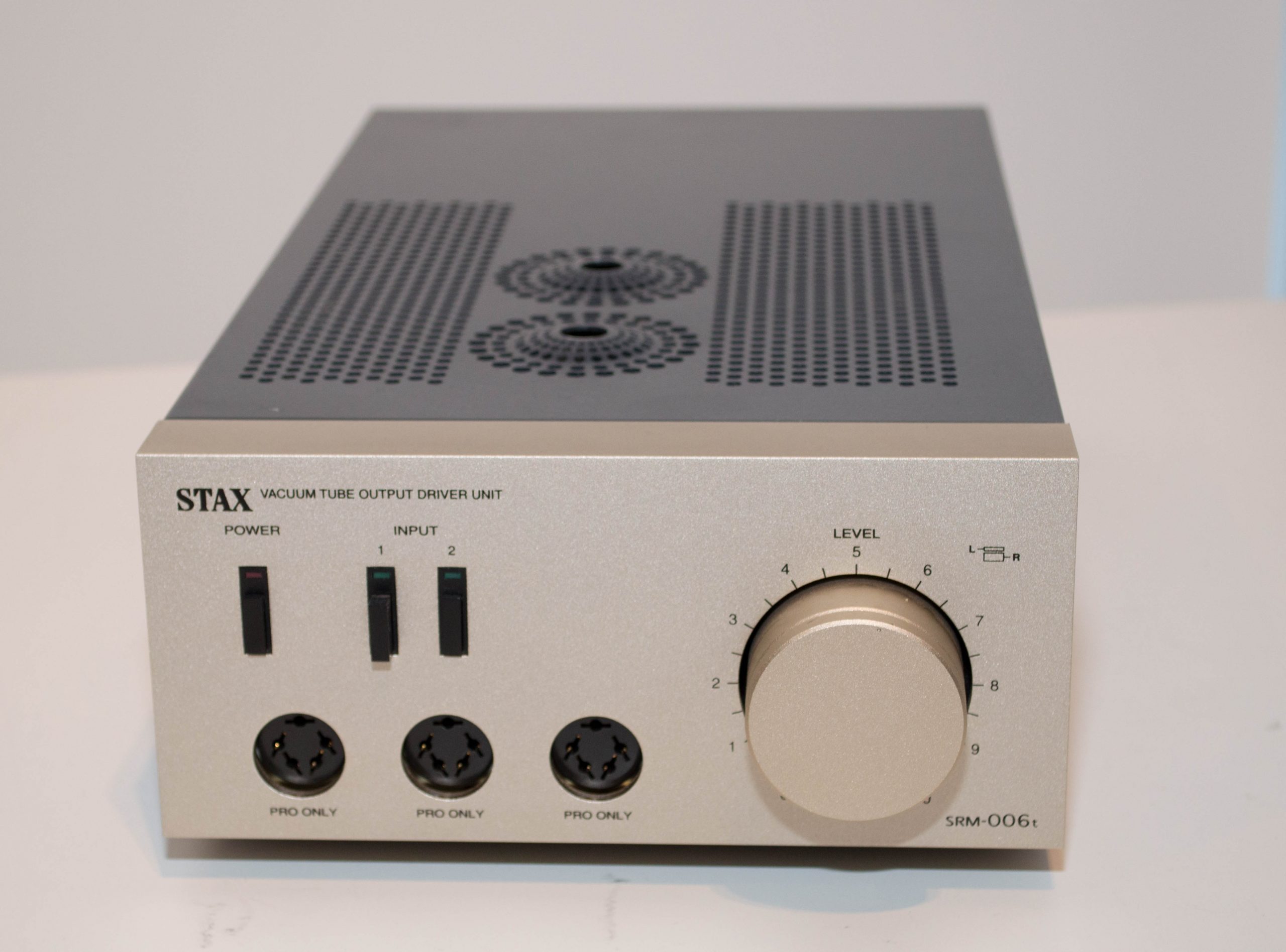 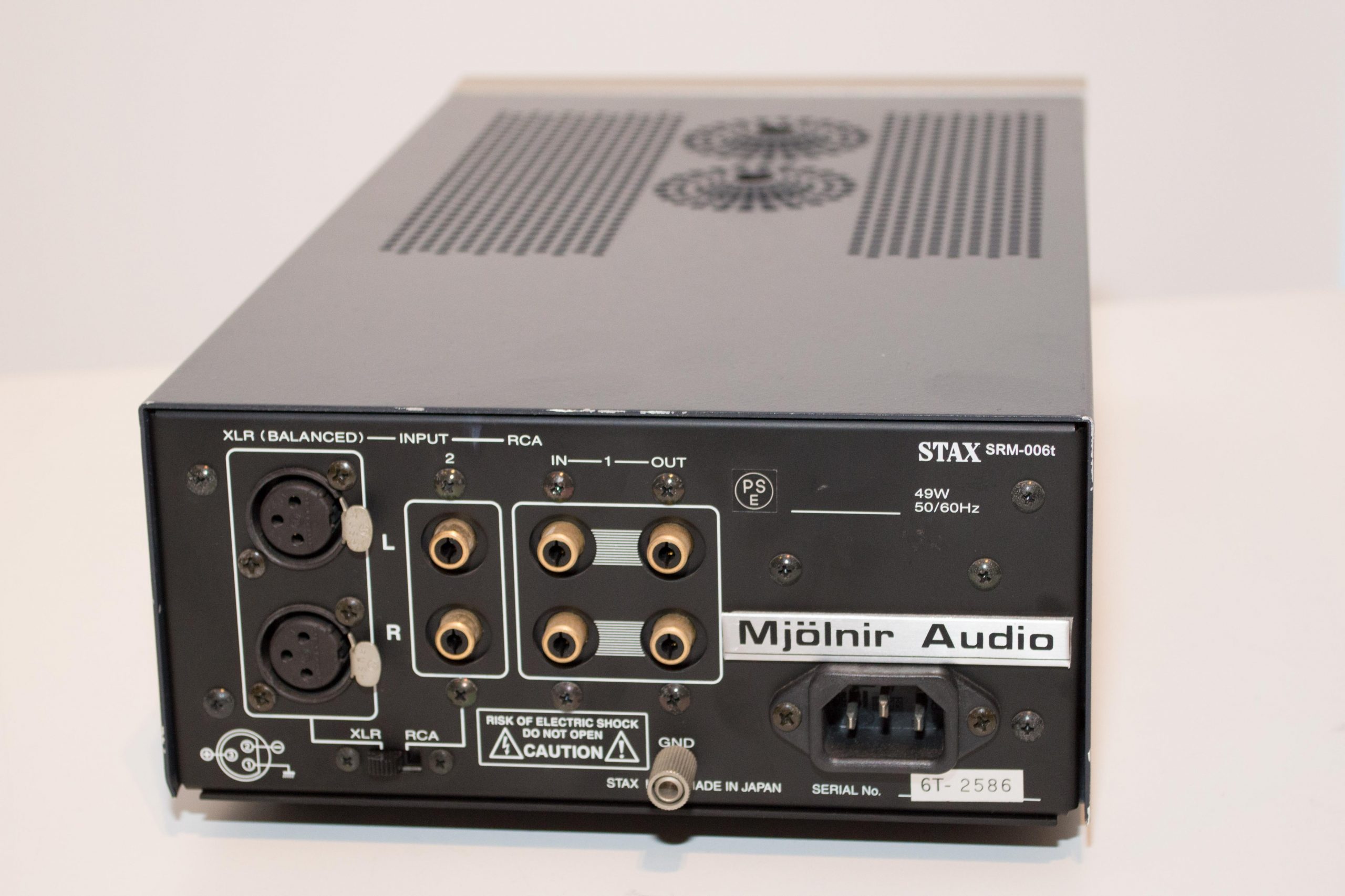 This one is the same as above but a bit of a rarity, as it is the 006t but with three Pro bias outputs.  Stax only made these for just over a year as they discontinued support for the Normal bias sets but the new 006tA wasn’t quite ready.  Their solution, just add the third Pro bias socket and the amp is now a bit odd.  🙂  Same performance and with the CCS mod, this amp can actually drive three sets at the same time. 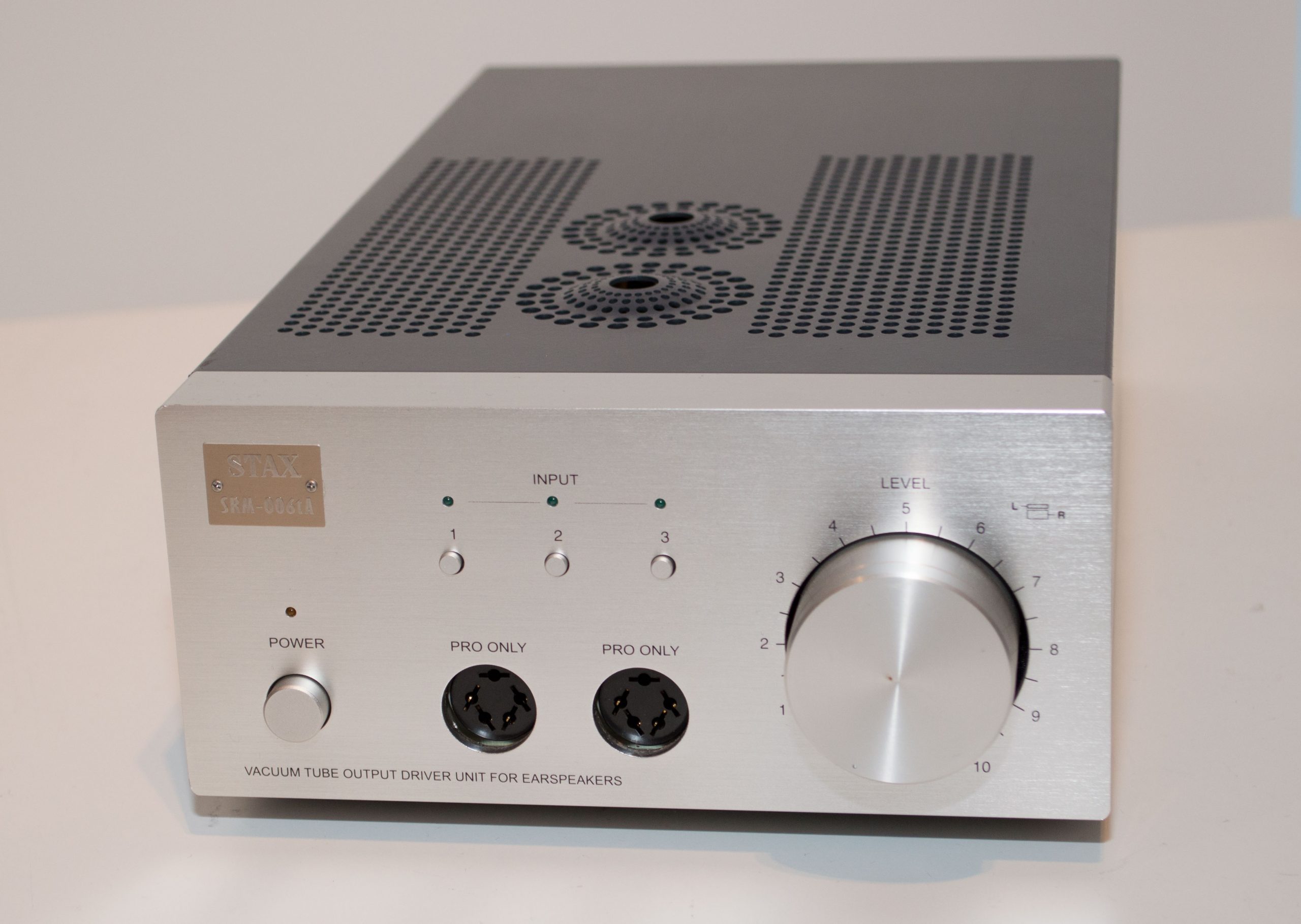 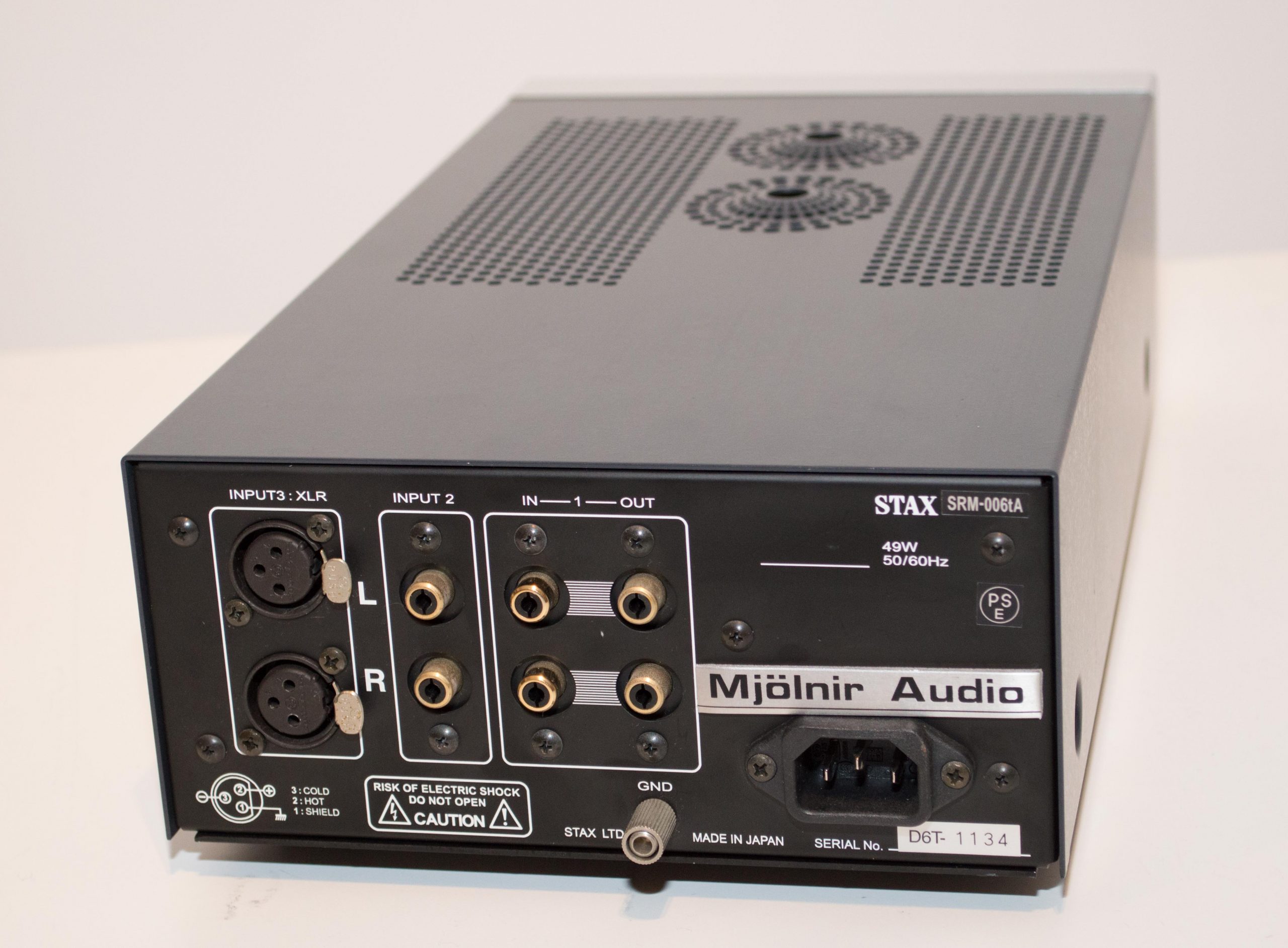 It is in very good condition and sounds lovely as all these CCS modded amps do.  One odd thing is that this unit came with vintage EI tubes and they measure great so I left them in.  The amp can be configured to either 117V or 230V before shipping it out. 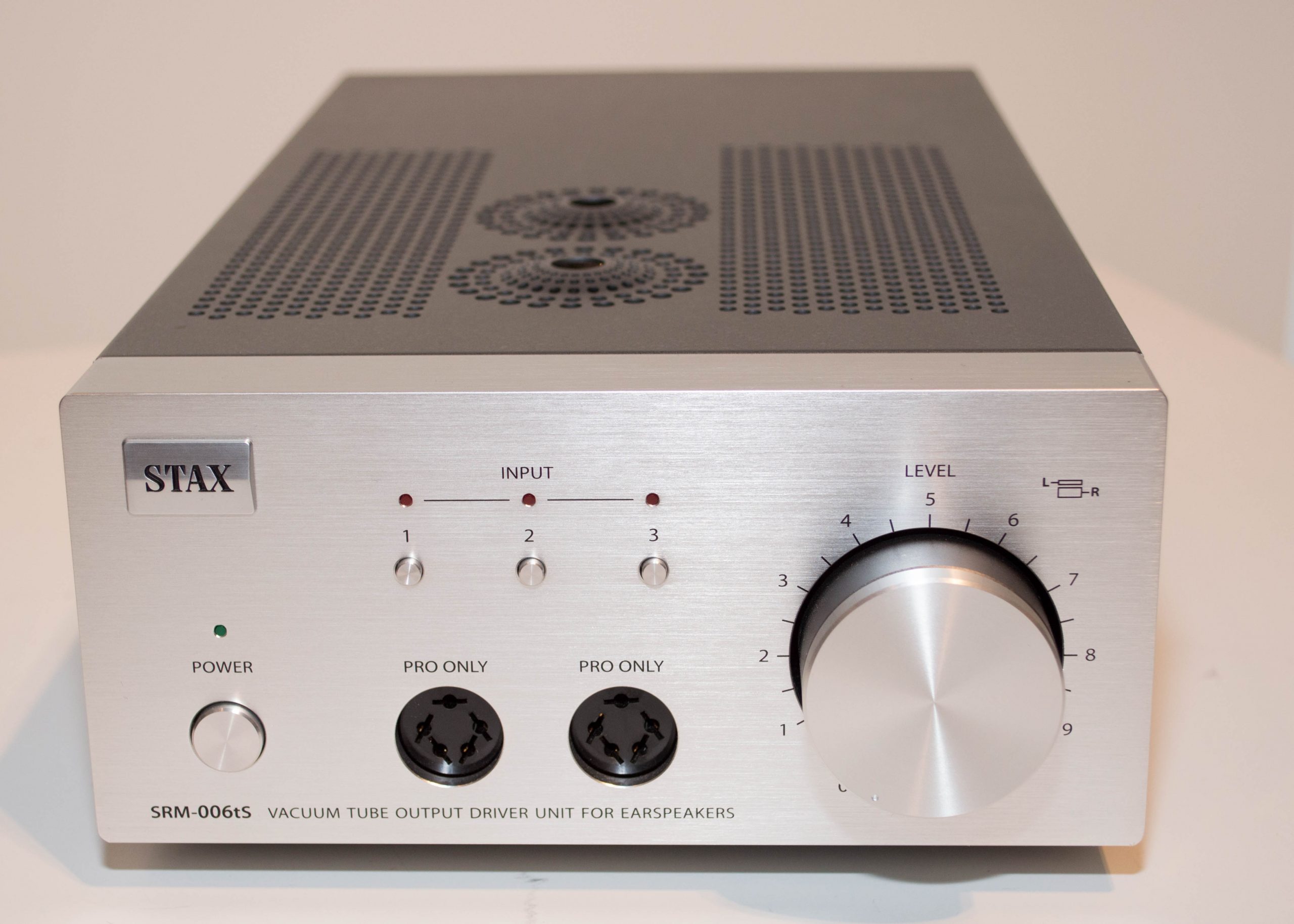 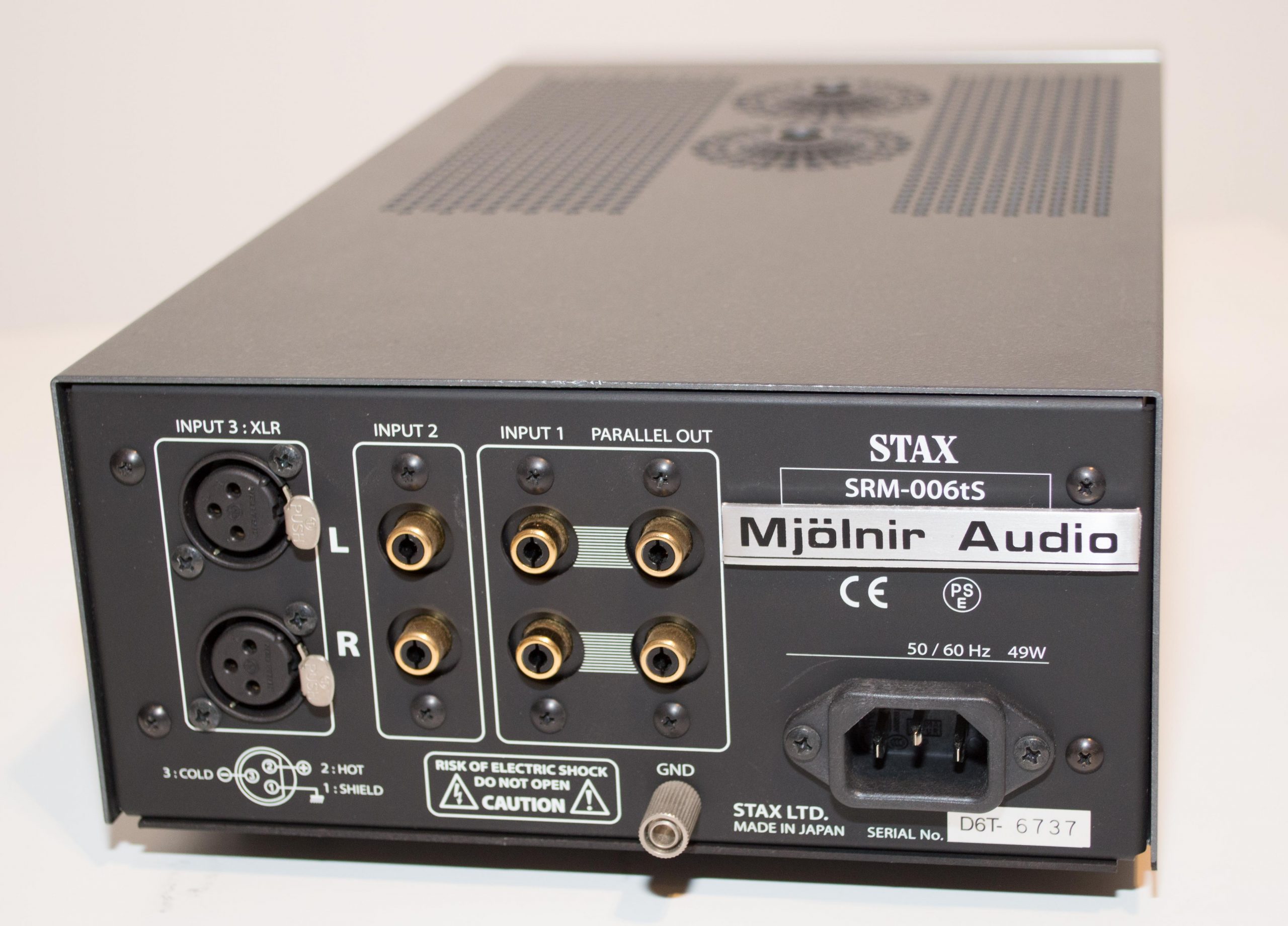 Here is a Stax SRM-006tS that I’ve converted to a CCS for the output tubes.  I also fixed the issue where one of the output resistors is bypassed on the PCB from the factory.  This is one of the newest units with a Japan only transformer (so 100V only) so I had a new transformer made and fitted to the amp.  The core is a bit bigger so the transformer runs a bit cooler.  There is an ever so slight mechanical hum from the transformer but it is very minor.  The amp looks pretty much like new and comes with the original box as well. 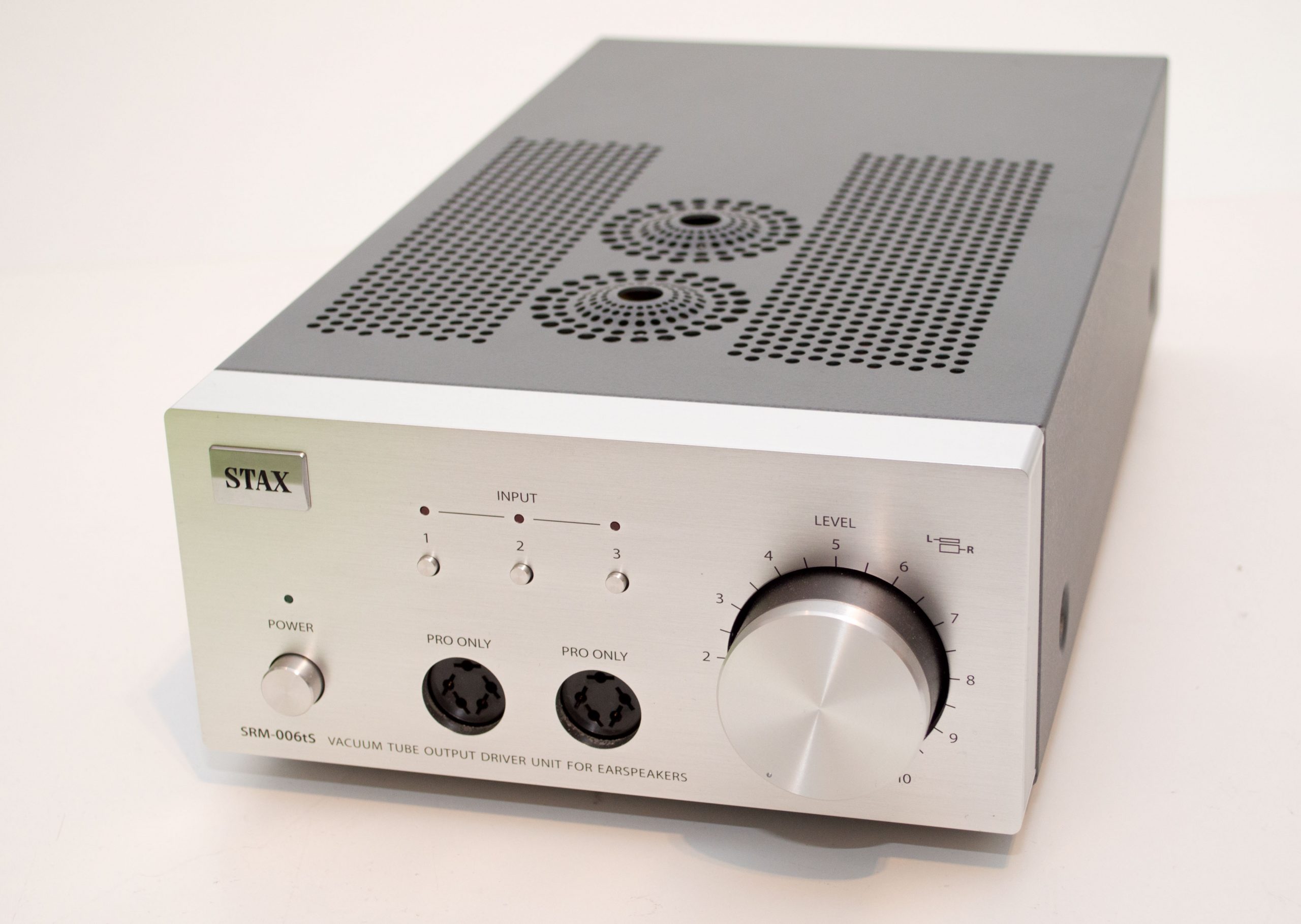 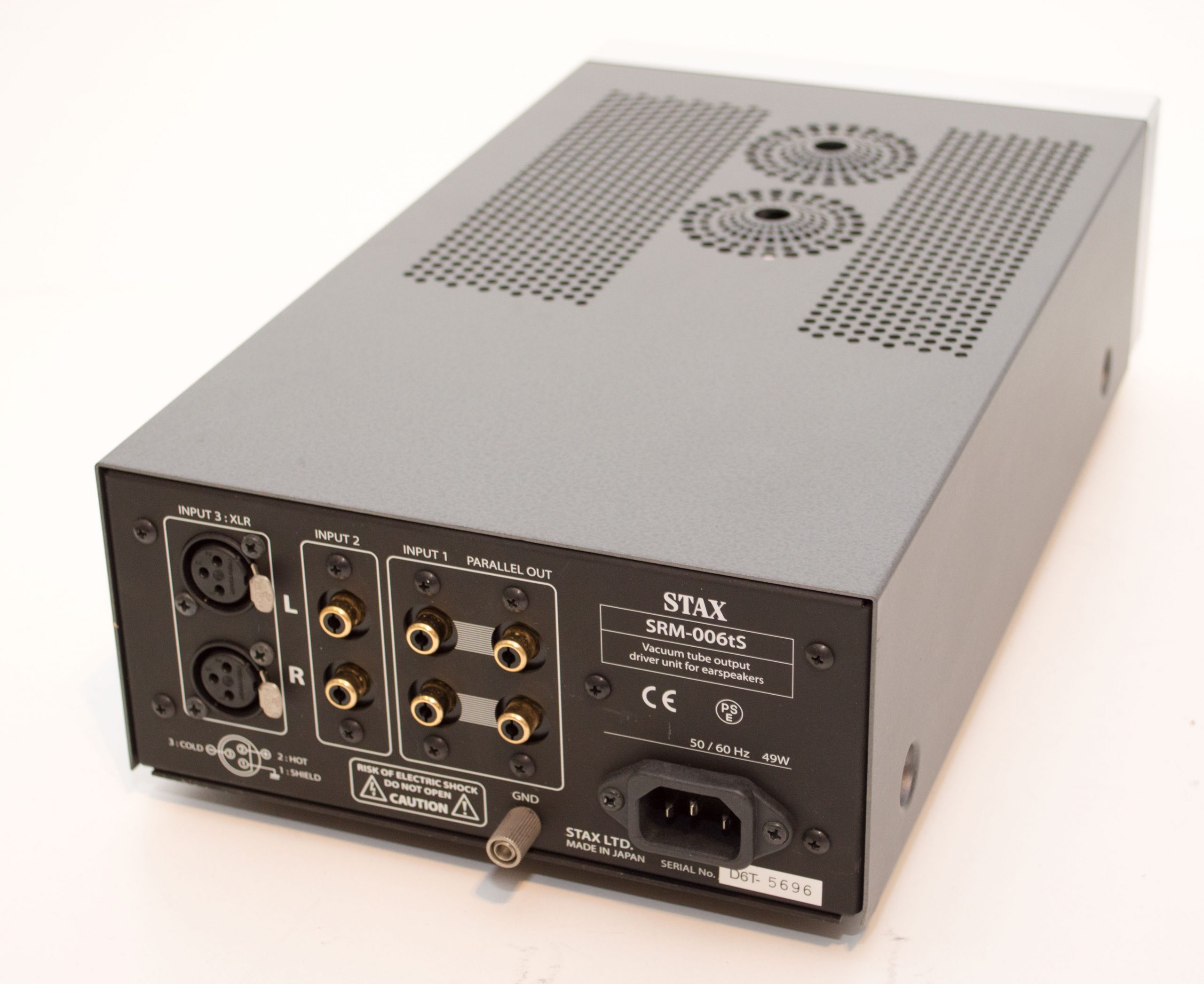 Here is a second 006tS amp.  Fully modified with a CCS and in very good condition.  No original box with this one but well packaged and it can be set to any mains voltage. 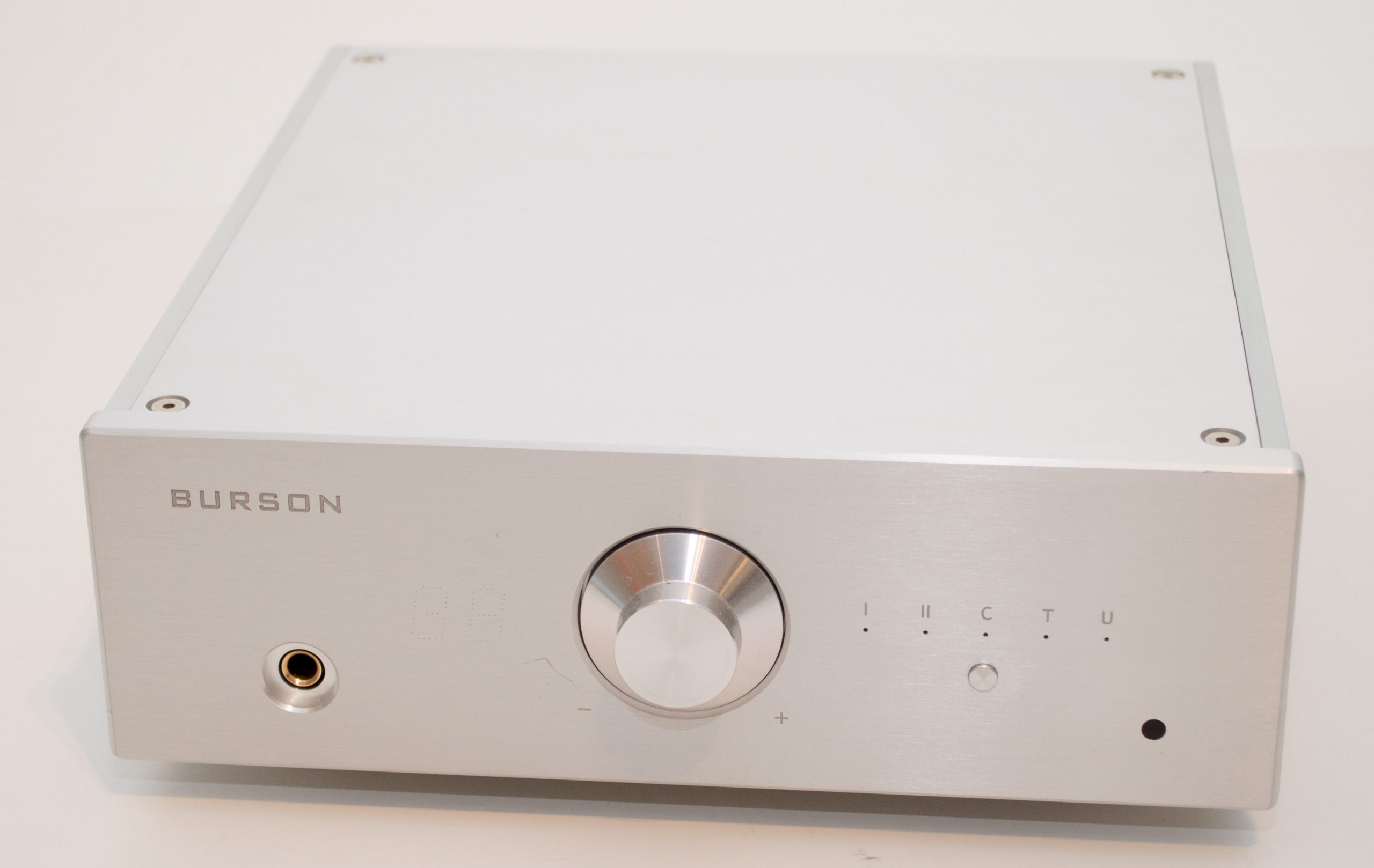 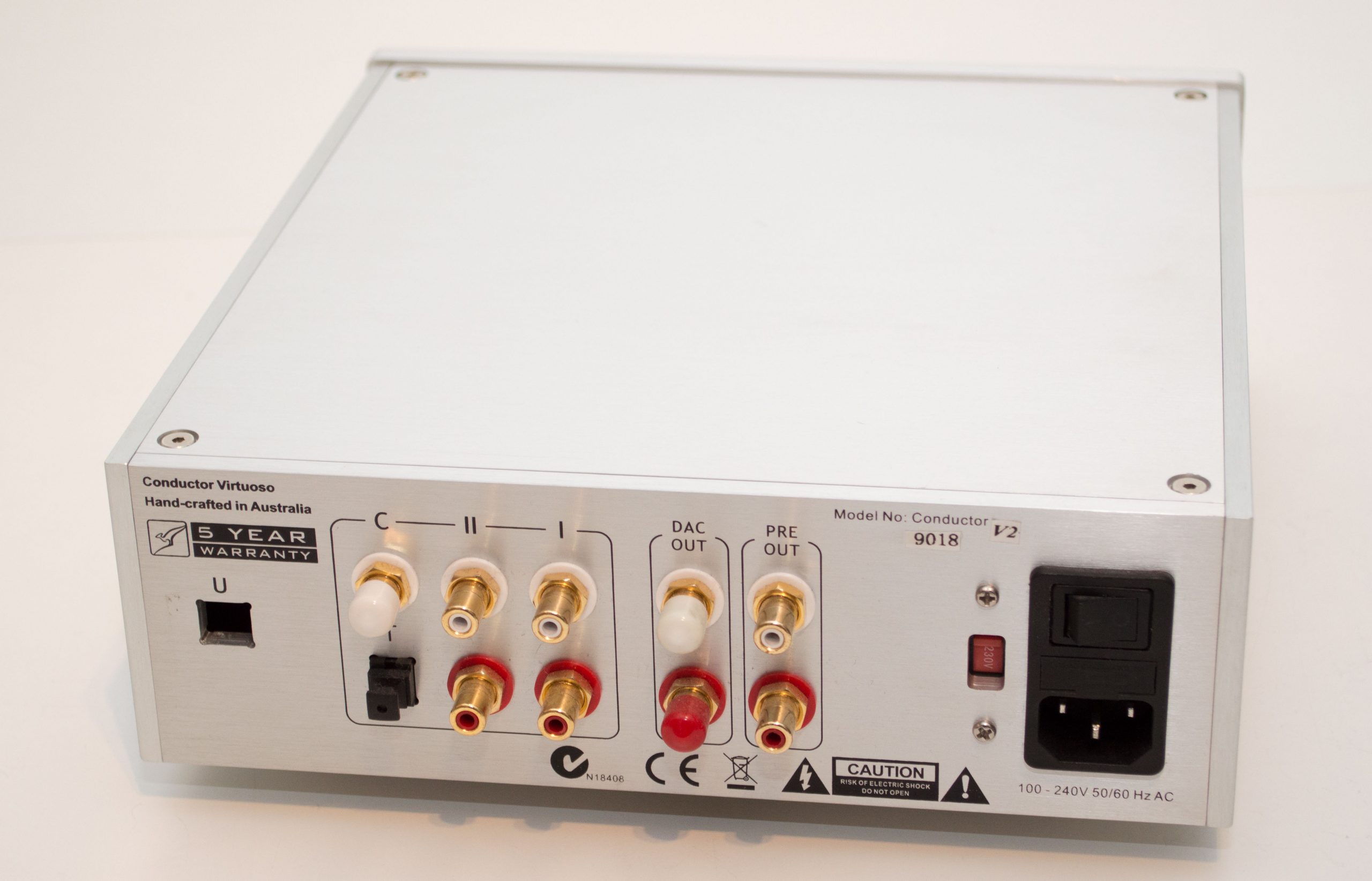 Burson Conductor V2 which I was using as a preamp.  Very nice unit, sounds great and is a far better unit than the new Conductor amps.  This one doesn’t have the dac module so it is just a headphone/preamp. Can be set to either 115V or 230V. 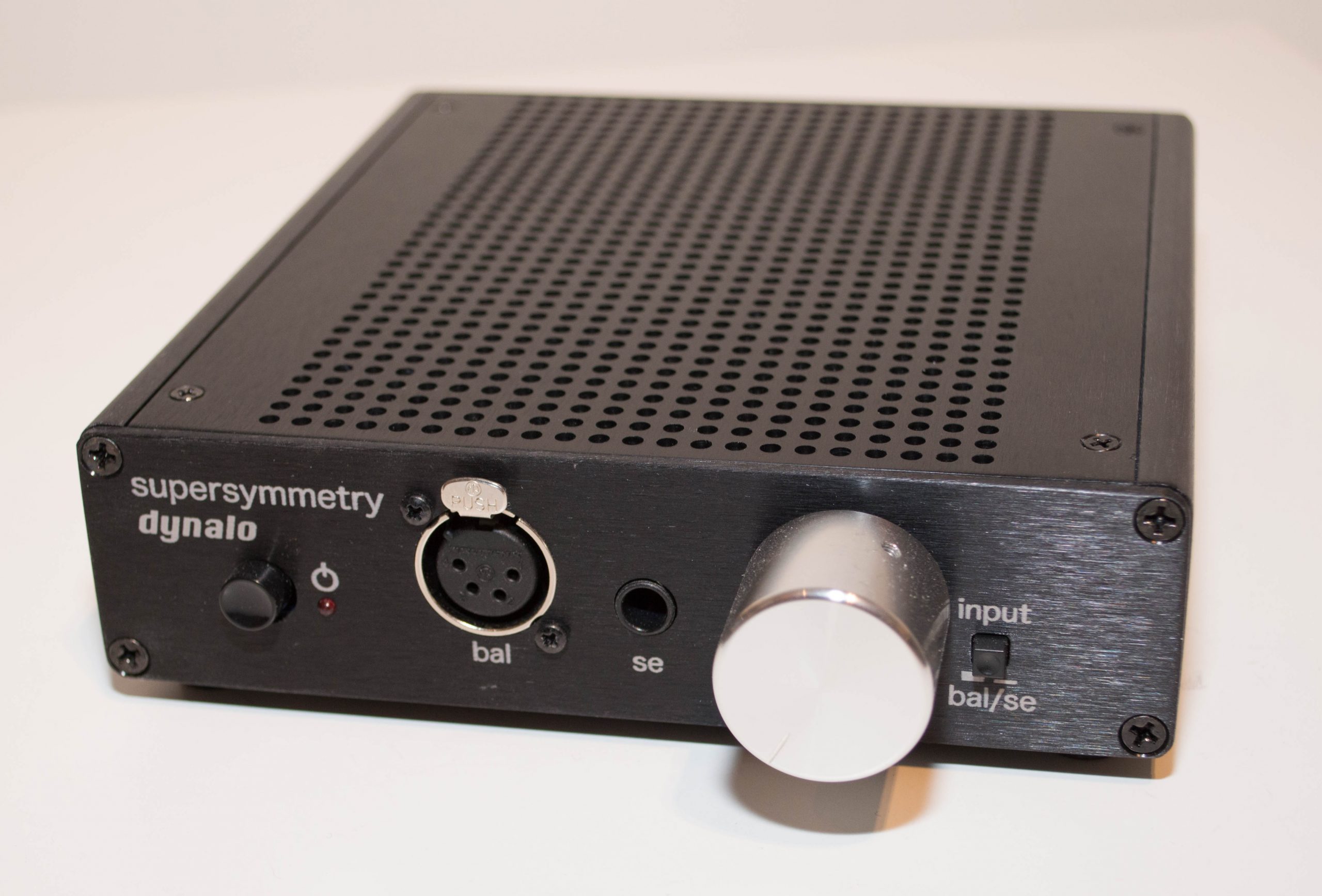 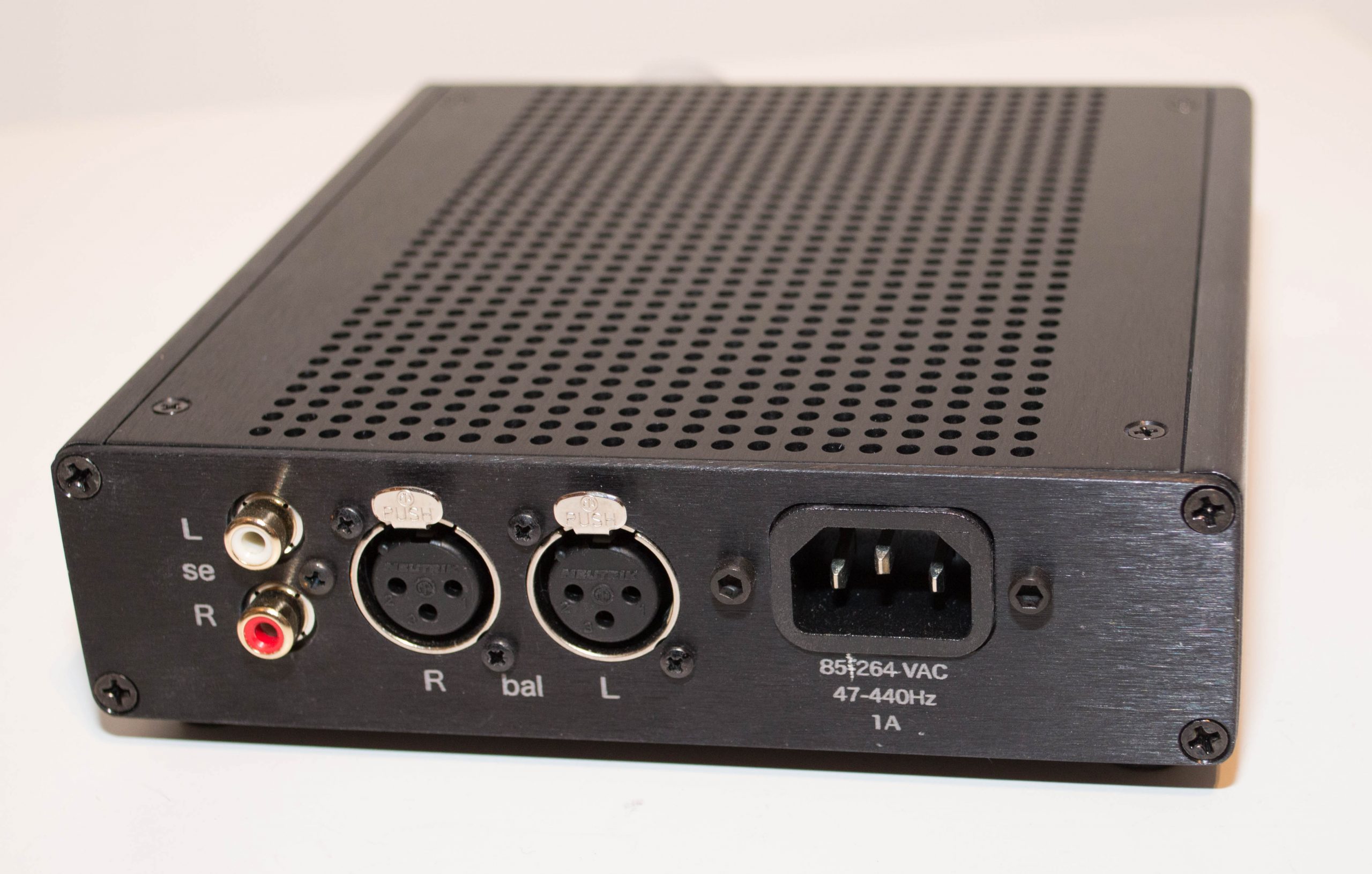 Here something weird… a dynamic headphone amplifier.  This a project that originated on Head-case a while back to scale down the Susy Dynalo amp (which is similar to the PureBipolar) to a very small box and run it off switching power supplies.  I bought this kit partially assembled, fixed it and then just put it on a shelf.  It’s a great, compact headphone amp but since I never use dynamic headphones, it just gathers dust. 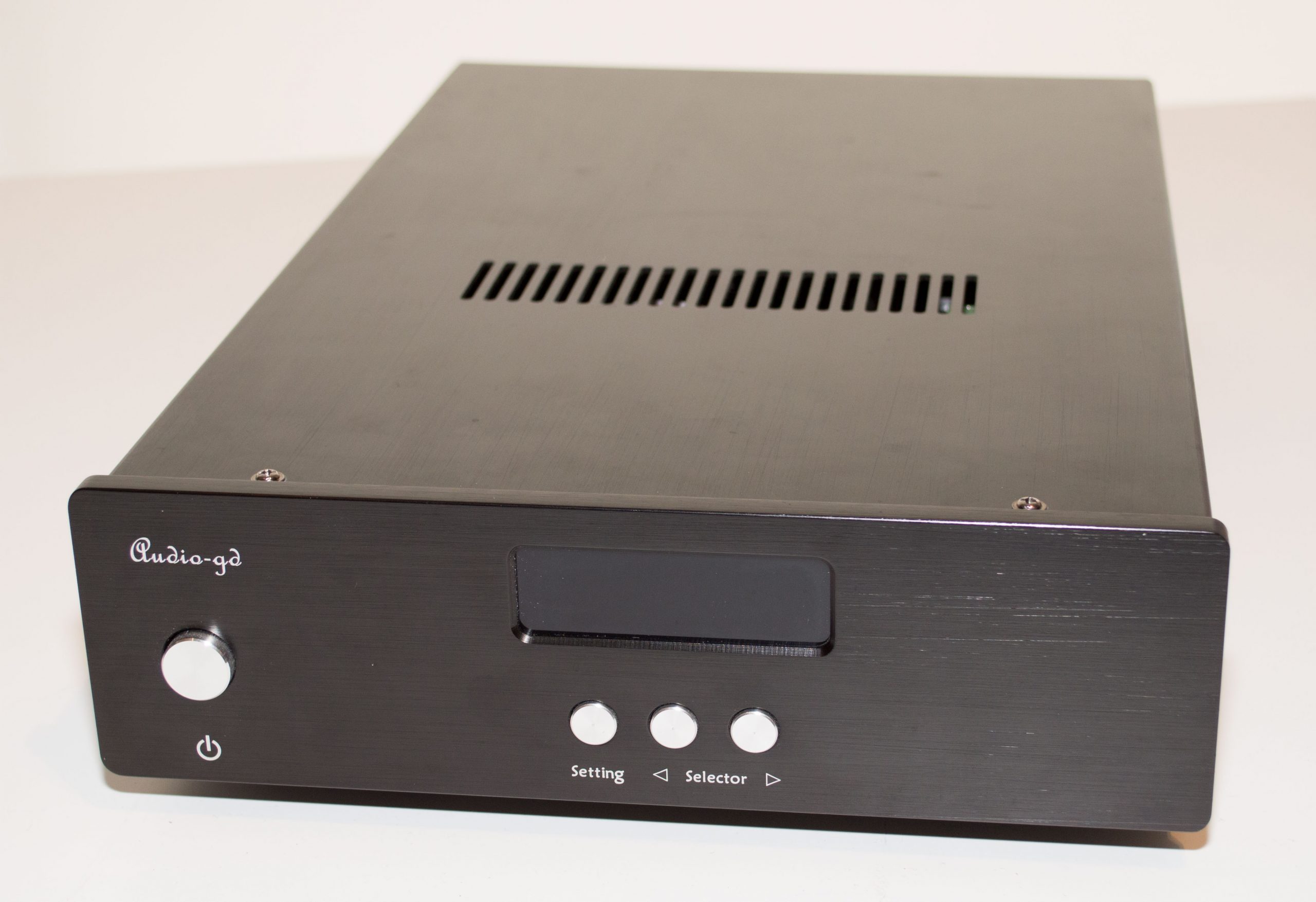 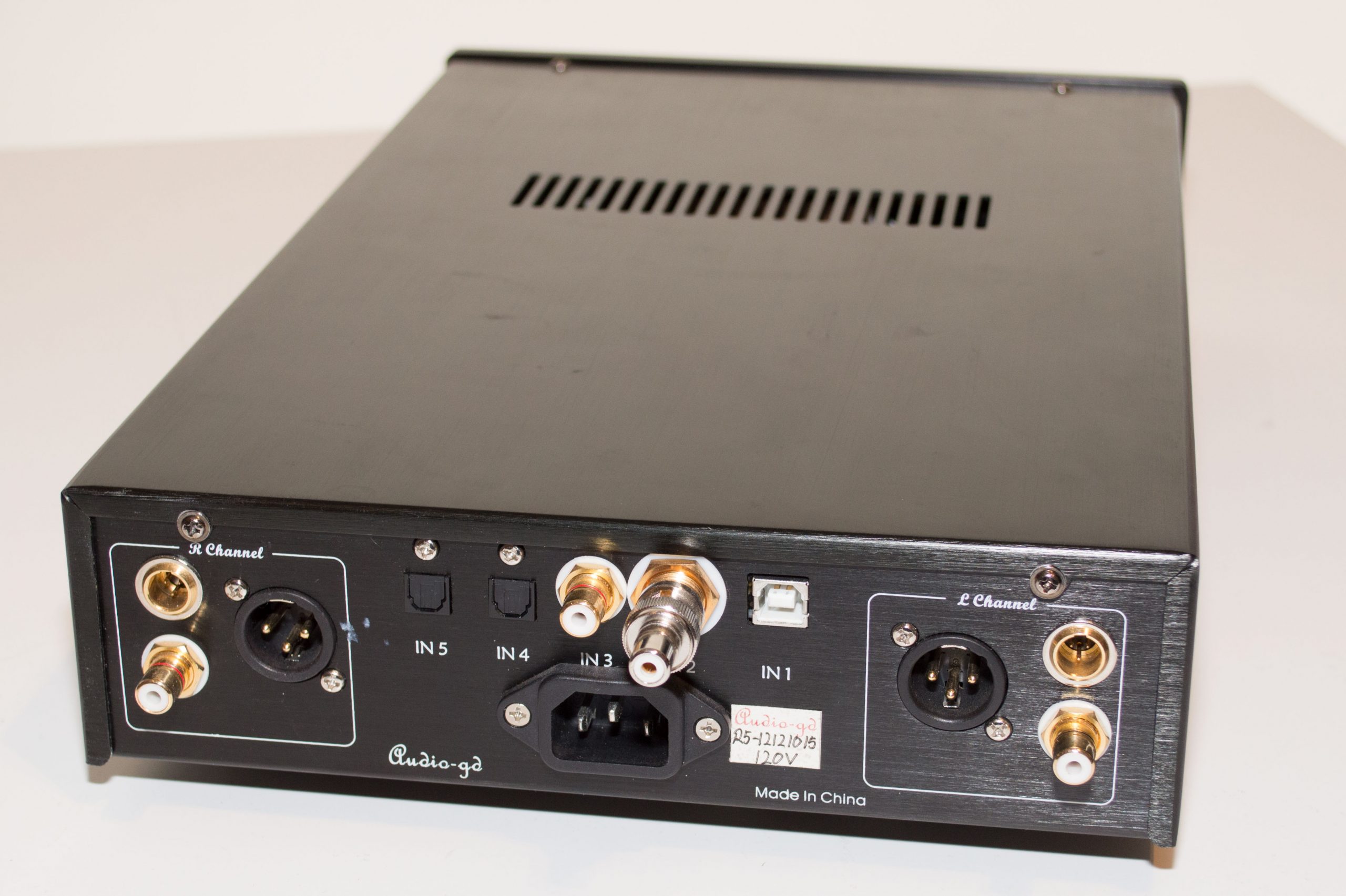 Here is an Audio-GD dac I’ve had for some years but I can’t remember which version this is.  It is filled with PCM1704 dac chips and very nice discrete parts.  The utter overkill in terms of design and parts quality which is the norm with Audio-GD and this one sounds great, I just never use it with a Denafrips Terminator in the house.  The dac was set to 115V when I got it but it was easy to convert it to 230V and I easily revert it back if needed. 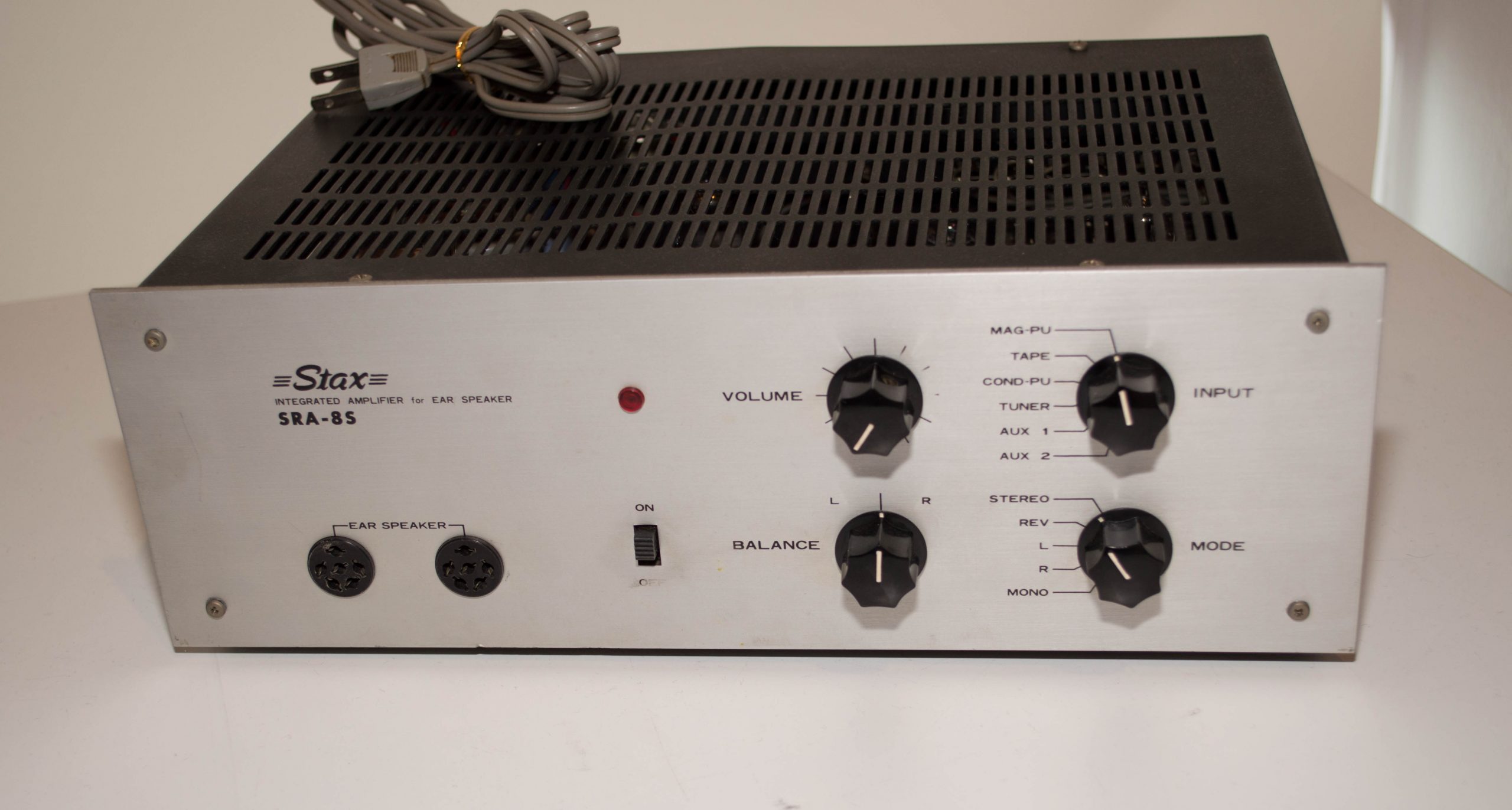 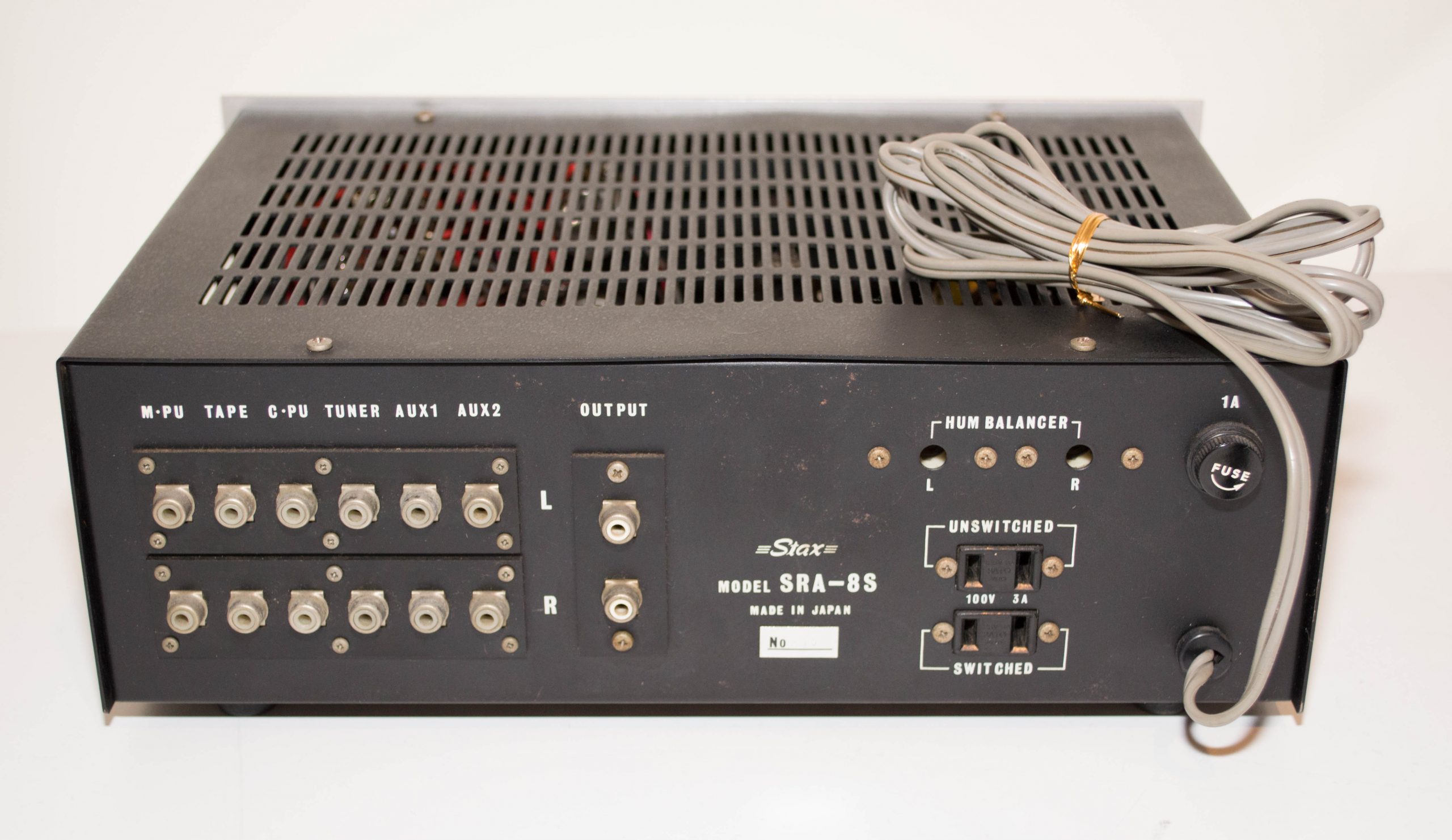 A completely original Stax SRA-8S preamp/amplifier from 1967.  This one is completely untouched and while it came from Japan the transformer does have a provision to run on 117V as well.  Simply move one wire and you are set.  Now this amp needs to be refurbished but I have so many that I just want to sell it.  These are super rare and a great match for anybody with a SR-1 set or even the super rare SR-2.